The Adelaide Arcade – Coat of Arms

Before you enter the Adelaide Arcade (which opened in 1885), via the Rundle Mall entry, look up at the building’s façade and you will notice the Commonwealth of Australia’s Coat of Arms prominently displayed.

At this point my learned reader will accuse me of inaccuracy and lack of attention to detail as the Commonwealth of Australia did not come into existence until 1901 and its first Coat of Arms was not proclaimed until 1908. 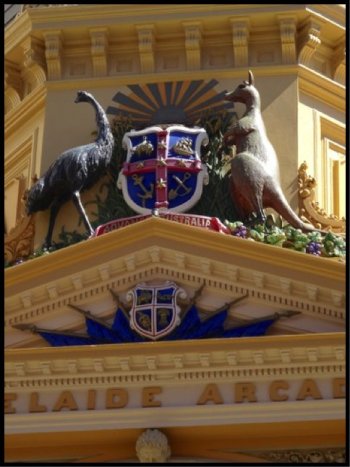 But yes, the Coat of Arms you see today on the Arcade was part of the original building when it opened in 1885. Do let me explain.

At the time of construction of the Arcade there was much discussion about the Australian Colonies (of which South Australia was one) coming together into a Federation or Commonwealth and adopting its own coat of arms. Competitions were being held to design this coat of arms and the Arcade’s developers took a punt that one particular design would win and duly had it manufactured and erected on the Arcade in anticipation of Federation. 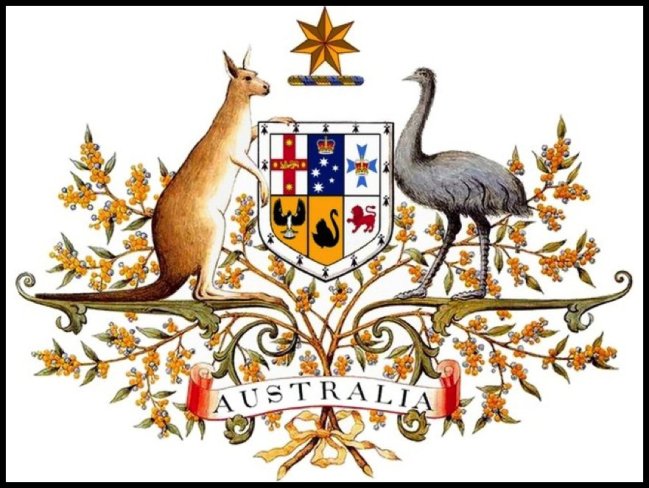 If you examine the two Coats of Arms you will see that:

*The positioning of the emu and kangaroo are reversed.
*The shield on the real coat of arms includes the flag of each of Australia’s six States. The Arcade’s version depicts a sheep, an anchor, a sailing ship, and a pick and shovel which symbolise the life and times of the early pioneers.
*The words ‘Advance Australia’ (which were, incidentally, on the 1908 official version) were replaced with ‘Australia’ in the 1912 (and current) version.