Take the Road to Gundagai 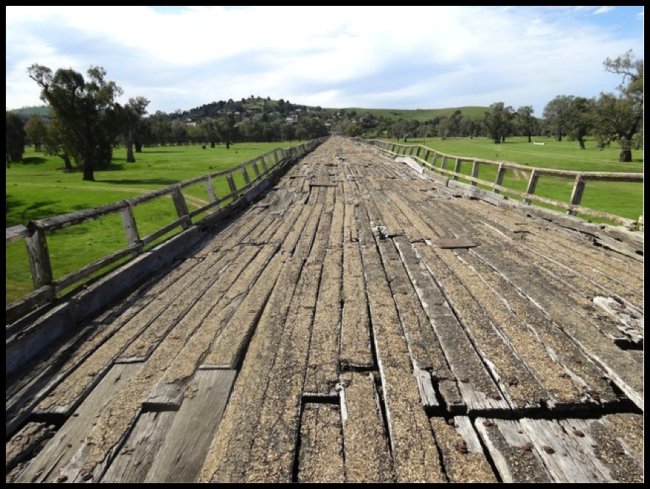 Situated some distance back from the banks of the Murrumbidgee River, the town of Gundagai has long been a favourite stopping place for travellers along the Hume Highway between Sydney and Melbourne.

The town, originally situated on the broad alluvial flats north of the river, was completely destroyed when the river flooded in 1852 and subsequently rebuilt higher up on the slopes of Mount Parnassus.

While it is perhaps most famous for its association with Bullockly Bill or more particularly his dog who ‘shat’ on his master’s tuckerbox there is more to Gundagai than ‘The Dog on the Tuckerbox’.

In 1824 overland explorers Hamilton Hume and William Hovell, soon followed by Charles Sturt and Thomas Mitchell, opened up the trail for European pioneers. From this point Gundagai secured a rich colonial history and many fine colonial buildings (post 1852) existing to this day remind the visitor of this history – a history brimming with stories and legends of gold prospectors and of bushrangers.

Do join me now as we ‘take the road to Gundagai’.

This is the beginning of a series of reviews on Gundagai. For my next review click HERE.

10 thoughts on “Take the Road to Gundagai”