My regular reader may be aware that I am originally from the Emerald Isle.

It never ceases to amaze me as I travel around the world how the Irish seem to be, or have been, everywhere including some of the most bizarre and remote places on earth. Where isn’t there an Irish pub (granted some of them are not very Irish!)? From Cusco in Peru to Suva in Fiji the Irish are everywhere. I even came across a Northern Irish flag proudly flying on Ascension Island, in the middle of the Atlantic Ocean. END_OF_DOCUMENT_TOKEN_TO_BE_REPLACED

For those interested and willing to deviate slightly from the average tourist’s beaten path London is full of curiosities worthy a little of their time.

One of these curiosities, often referred to as London’s smallest public sculpture, is a couple of mice fighting over, or sharing depending on your perspective, a piece of cheese. END_OF_DOCUMENT_TOKEN_TO_BE_REPLACED

The Cenotaph, a grey granite obelisk, was unveiled on ANZAC day in 1926 to commemorate soldiers from the town and district lost in World War I. Due to a cost overrun, the memorial cost £1,050, there was insufficient funds remaining in the kitty to have the names of the missing soldiers inscribed on the obelisk. Almost half of the £1,050 was contributed by spectators at the Memorial’s opening. END_OF_DOCUMENT_TOKEN_TO_BE_REPLACED

In 1949 Australia embarked on one of its biggest ever infrastructure construction projects, the Snowy Mountains Hydro-Electric Scheme which between 1949 and 1974 saw the construction of sixteen major dams, seven power stations, a pumping station, and 225 kilometres (140 mi) of tunnels, pipelines and aqueducts in the Snowy Mountains (New South Wales). END_OF_DOCUMENT_TOKEN_TO_BE_REPLACED

As part of the its activity to commemorate the centenary of the 11 November 1918 Armistice, which brought about the end of World War I, the Australian War Memorial opened its commemorative area for night-time viewing (up to 10pm) on a number of weekends running up 11 November 2018. This rare event allowed visitors to see the memorial in a different light. Again, as part of its commemorative programme visitors were also able to enjoy the Memorial’s temporary 62,000 Poppy Display by night. END_OF_DOCUMENT_TOKEN_TO_BE_REPLACED

In the run up to and as part of its commemorative activities to mark the 100th anniversary of the ending of World War I on 11 November 1918 the Australian War Memorial commissioned a rather haunting and melancholy display of poppies, bathing the western gardens of the Memorial in a sea of red. A moving musical program, created by Chris Latham, the Memorial’s recently appointed musical artist in residence, beautifully complemented the display. The idea of having a musical artist in residence really appeals to me and Chris has got of to a flying start with this project! END_OF_DOCUMENT_TOKEN_TO_BE_REPLACED 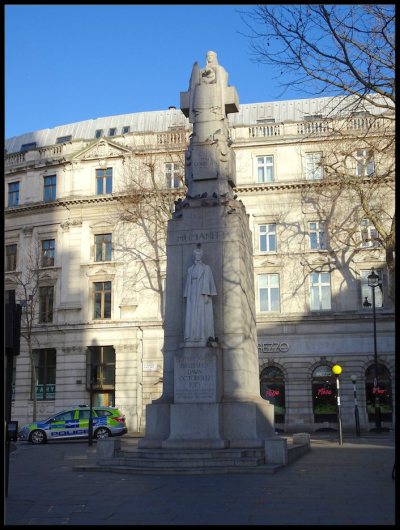 I have passed by this memorial, just off the northeast corner of Trafalgar Square and across the road from the National Portrait Gallery, many times without even noticing it much less pausing to see that it is in memory of Edith Louisa Cavell, a British civilian nurse in World War I, who was executed by a German firing squad for helping Allied soldiers escape from German-occupied Belgium. END_OF_DOCUMENT_TOKEN_TO_BE_REPLACED 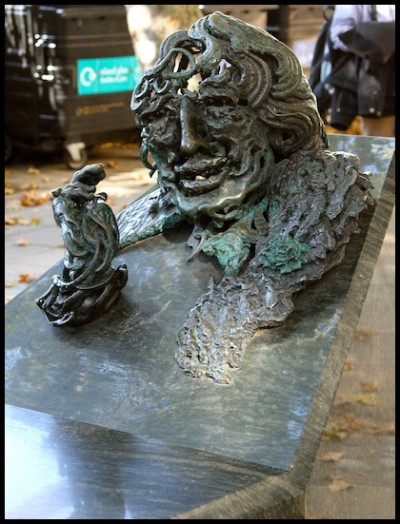 Entitled  ‘A Conversation with Oscar Wilde’ the memorial, in the form of a green granite sarcophagus and designed as a seat, depicts Oscar Wilde, one of the most brilliant and flamboyant literary figures in late Victoria London, emerging from his afterlife, cigarette (when it has not been stolen) in hand, ready to share his renowned wit and views on anything and everything with whoever cares to sit down and have a chat. END_OF_DOCUMENT_TOKEN_TO_BE_REPLACED 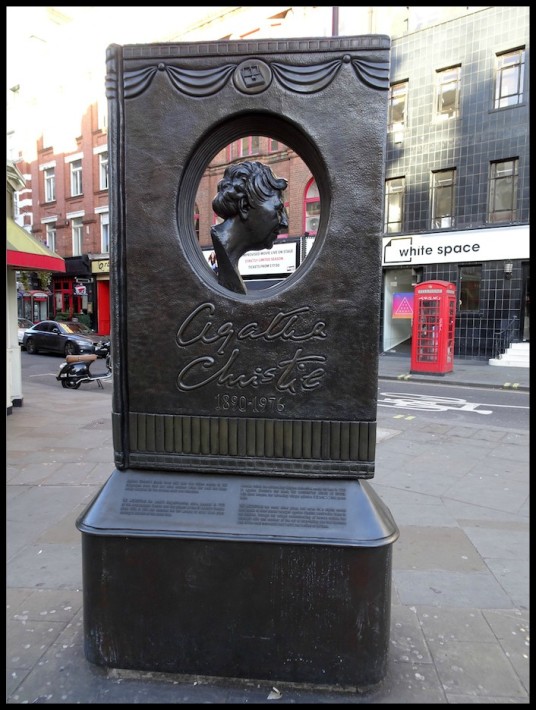 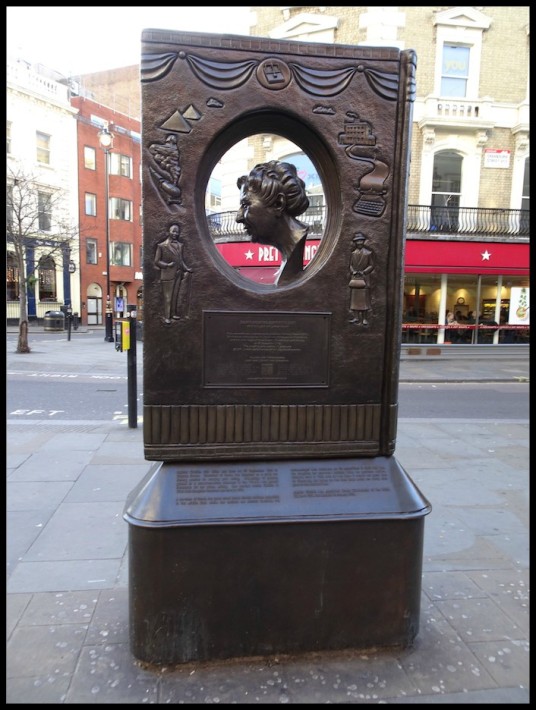 I think anyone would be hard pressed to think of a better candidate to be memorialised in Theatreland than Agatha Christie. Of course, her enduring association with Theatreland is her murder mystery play, The Mousetrap, which has been running here continuously for 65 years (2017), or 60 years and 25,000 performances of the play when this memorial was dedicated in 2012. END_OF_DOCUMENT_TOKEN_TO_BE_REPLACED