After a number of years fundraising and having (after seven years of asking) secured land from the Federal Government the Canberra Scots set about building a statue to the memory of the famous Scottish poet, Robert Burns. No sooner had work on the statue commenced in 1935 then a bill for £4 10s, being the first annual land rent, arrived from the Government. This affront was not going to be taken lightly and the quick thinking and “generous” Scots promptly dispatched a honeyed note (or was it a poisoned chalice?) to the Government offering the statue to the people of Australia. The Government couldn’t refuse and on accepting it accepted that it had to pay land rent to itself. The canny Scots had their Burns statue and the government had been outfoxed. END_OF_DOCUMENT_TOKEN_TO_BE_REPLACED 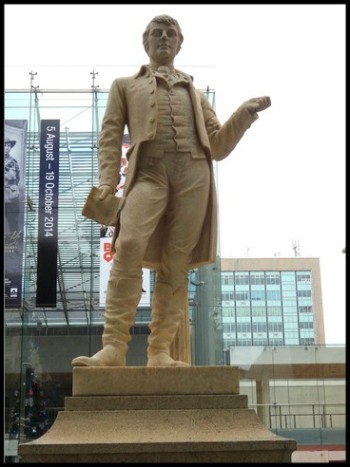 “As the falling drapery disclosed the marble representation of the poet enthusiastic cheers were given, and the band poured forth the strains of ‘Auld Lang Syne.‘“ (South Australian Register – 7 May 1884). END_OF_DOCUMENT_TOKEN_TO_BE_REPLACED 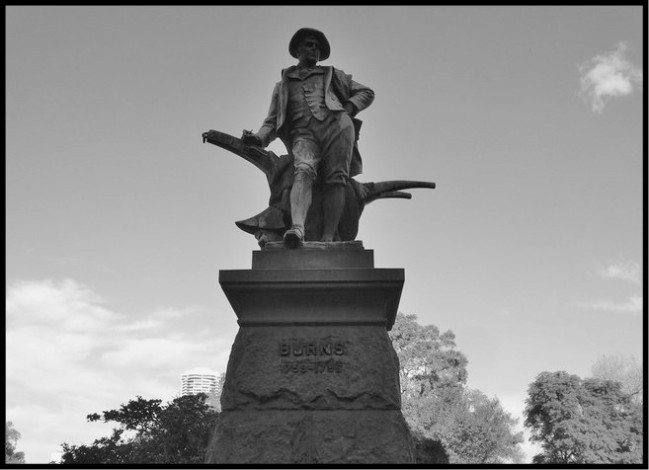 The famous Scottish bard, Robert (Rabbie) Burns, never set foot in Australia and never once mentioned Australia in any of his work. END_OF_DOCUMENT_TOKEN_TO_BE_REPLACED