While there are a small number of graves in the grounds of St Saviour’s Cathedral (mainly bishops, deans and other church officials) the cathedral’s official, though now closed, cemetery is located at Cemetery Road on the Sydney side of the City.

Though the crown grant designating this plot as a burial ground was not issued until 1842 burials certainly took place here well before this date. The earliest legible date on a headstone is on that belonging to John Weakley and reads 14 July 1831 or 1834. The cemetery was officially closed for burials in 1937 but there were interments much later than this – for example Violet Hutchinson who died in 1957. Since the cemetery’s closure Anglican burials have mainly taken place in the Goulburn General Cemetery.

These earlier and later interments explain the dates, 1830 to 1957, shown on the cemetery gates notwithstanding that the cemetery was only officially open from 1842 to 1937. 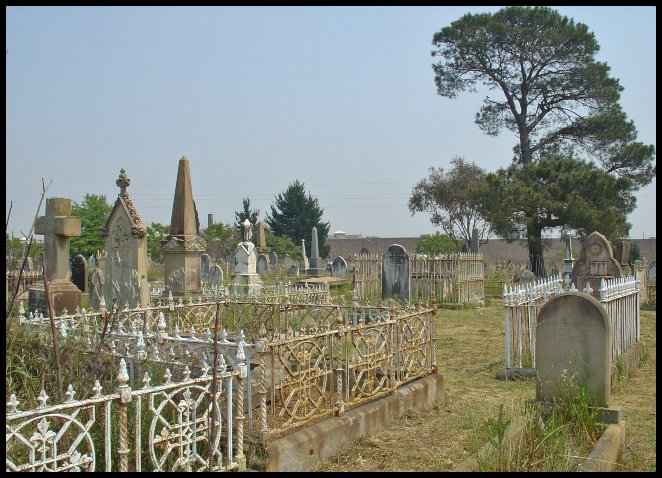 The most famous internment here is that of Captain William Hovell who died in Sydney on 9 November 1875 aged 90. Based on the legible headstones, Mary Kremer was the oldest person to be buried in this cemetery – in 1941, at the age of 99. Alas, not everyone made it to this grand age as evidenced by the graves of a quite a few children. 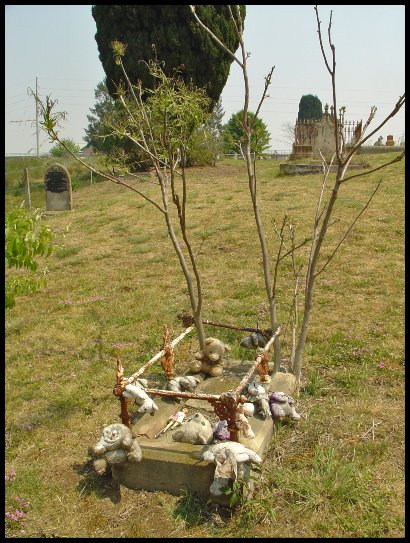 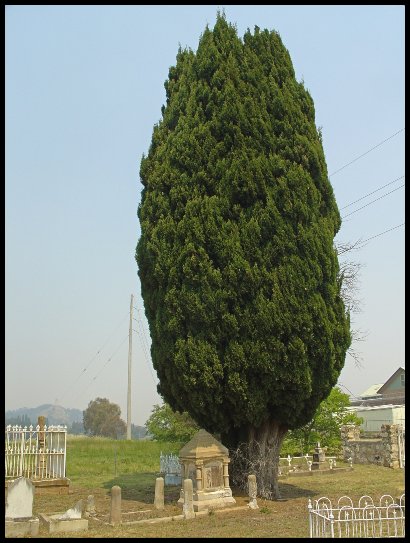 Returning to Captain Hovell, research suggests that while his name is on the headstone he may not actually be buried here. Apparently there is no evidence to support a move of his body from Sydney, where he died and was originally interred. I wonder if this also applies to his wife, whose name is also on the headstone. 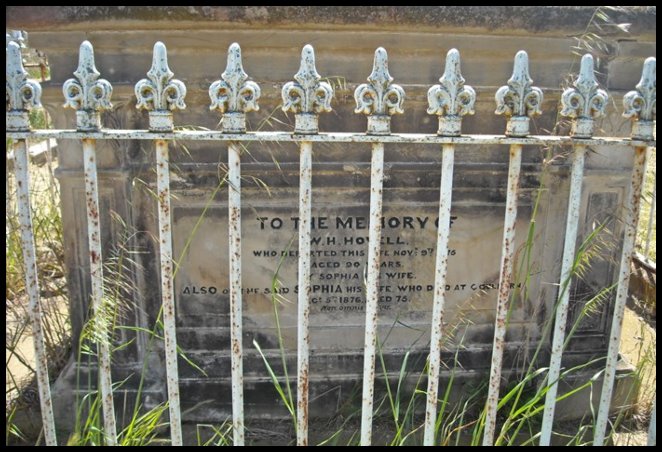 Hovell was an English born sailor, explorer and settler. In his early career he was engaged in sea trade with South America and New Zealand but from an Australian perspective he is best known for his association with Hamilton Hume and their exploratory trips into the interior of Australia. Hume and Hovell’s most famous trip, in the 1820s, was from Lake George in New South Wales to Port Phillip (near Geelong) on the south coast of Victoria. During this trip they encountered and explored the Australian Alps, Mt Buffalo and the upper reaches of the Murray River.

Sadly, in later life the two men, never the best of friends, had a falling out and now the local man, Hume, is the better known of the two, probably due to the fact that the Hume Highway, which today connects Sydney with Melbourne via Albury, bears his name.

Another early internment in the cemetery was Mary Allen, notable in that she was one of the first Europeans to settle in Australia, albeit it rather involuntarily. Having been convicted of minor theft in London she was sentenced to transportation for seven years in 1786. She arrived in Australia in 1788 having survived her trip on the Lady Penrhyn, part of the famous First Fleet. Given that she was penniless (as were most convicts transported) a seven year transportation sentence to Australia equated to life as there was little to no chance of her being able to afford her passage back to the UK. After seven years Mary became a free woman and in the early 1840s moved to Goulburn where she lived with her daughter, Ann, at the Riversdale Coaching Inn (now a significant historic building in Goulburn – though not because if its links with Mary Allen!). She died here on 9 June 1843 and was buried in the Richards’ (her daughter’s second husband’s) family plot at St Saviours Cemetery, marked by its large flat headstone on which the inscription is mostly illegible.

Notwithstanding the backdrop of Goulburn’s maximum security prison (you can see the perimeter wall in earlier pictures) the cemetery is a pleasant place to explore and a good spot to reflect on the past and, if you follow the exhortation on the headstone of John Fuller, the future. Murdered by a bushranger in 1840 at the age of 57 his headstone encourages thus:

“Consider reader when you look
How soden this Soul was took
And see that thou prepared be
Lest Death should come so
Quick on thee.”

It is nicely positioned on a ridge above the confluence of the Wollondilly and Mulwaree Rivers affording visitors (as opposed to long term residents) great views across the valley. Should you decide to explore the valley on horseback do be careful lest you end up with with a gravestone reading along the lines of Richard Bull:

“Richard Bull (25/1/1864) from injuries received by coming
in contact with a tree whilst riding on horseback.”

Follow The Rambling Wombat on WordPress.com
Join 407 other subscribers