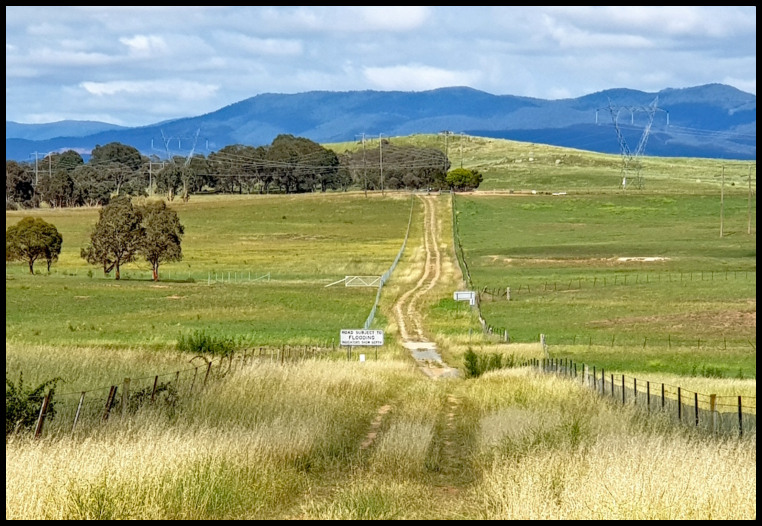 As I write this review borders, border security and cross border trade are very topical issues in many parts of the world. So much so that it got me wondering about the border between the Australian Capital Territory (ACT) and the state of New South Wales (NSW), here in Australia. I needed to know if we, in the ACT, were safe from the evils of NSW!

In Europe the United Kingdom, Ireland and mainland Europe seem to have little idea of how to deal with the land border between the UK (Northern Ireland) and Ireland come 29 March 2019 when Brexit is scheduled to occur and the UK and the remainder of the European Union part company. The British Prime Minister, Theresa May, and other negotiators have, like Churchill in World War I, become once again ‘bogged down in the muddy byways of Fermanagh and Tyrone’. They have probably recalled, or indeed uttered, perhaps more than once, the words of another British politician Reginald Maudling, after visiting Northern Ireland in 1970 – “For God’s sake bring me a large Scotch… what a bloody awful country”.

Meanwhile, in the United States, President Trump is fixated on building a ‘great wall’ along his country’s southern border with Mexico to keep out supposed drug dealers, terrorists and other undesirables seeking to overrun the US. While he is intent on building a wall to isolate his Great America from Mexico and the hordes further south he pays lip service to removing another border – one thousands of miles away between North and South Korea. Perhaps he could recycle the building materials from walls and other fortifications in Korea for his wall in the US. I imagine the Mexicans, who he assures us will be paying for his wall, would be eternally grateful should he do so.

In his Presidential announcement speech Trump made a commitment: –

“I would build a great wall, and nobody builds walls better than me, believe me, and I’ll build them very inexpensively. I will build a great great wall on our southern border and I’ll have Mexico pay for that wall”.

In and interview with the Washington Post – 9 March 2016 – he announced that:-

I fear I have digressed.

On the very day that President Trump visited the US border with Mexico I carried out my own inspection of the border between the ACT and NSW.

While President Trump’s trip was nothing more than a publicity stunt I physically walked along the ACT/NSW border (The Straight Border Walk) – a return walk of 3kms – inspecting fortifications along the way.

A bit of background first, if I may, lest my reader be less familiar with the ACT/NSW border than with the other borders referred to above.

In 1901 the then separate British colonies within Australia united to form the Commonwealth of Australia. A capital city was required with the obvious choice at the time being between Sydney and Melbourne. Bitter rivalry between these cities meant that an agreement on either one becoming the capital was just not going to happen. In the end it was agreed that a new city be established (later called Canberra) within what would be the Australian Capital Territory (ACT). It was decreed that this new Territory and city must be at least 100 miles (approx. 160 kms) from Sydney and Melbourne and the Territory would be at least 900 square miles in size.

After much searching a suitable site was found about 244kms (as crow flies) from Sydney and 466 kms from Melbourne and a rather peculiar shaped Territory (outlined in red above) of some 910 square miles was excised from central New South Wales in the early twentieth century.

There were a couple of additional Commonwealth requirements the most important of which was that the new Territory should have have a clean and healthy water supply from a catchment area over which the Commonwealth had total control – a critical consideration in the rather dry area selected for the nascent capital of the newly formed Commonwealth of Australia. The other requirement, dictated by Hugh Mahon, Minister for Home affairs, was that Charles Scrivener (lead border surveyor) ‘bear in mind that the Federal Capital should be a beautiful city…..embracing distinctive features which will lend themselves to the evolution of a design worthy of the object, not only for the present, but for all time….’.

New South Wales was not willing to give away an inch more land then was legally required.

The combination of these limiting factors posed quite a challenge for the surveyors engaged to mark out the territory’s border and resulted in the rather odd shape of the ACT as we see it today. With one exception, the border is a squiggly, convoluted line seemingly all over the place though actually along watersheds providing the ACT with a sufficient catchment area over which it has control. The exception to this untidiness is to be found in the northwest of the Territory where the lay of the land was of no consequence from a water perspective. Here the border runs for approximately 40 kms in a straight line – commonly referred to as the Straight Line Border – between the summits of Mt Coree in the southwest and One Tree Hill in the northeast. Along part of this section there is a public walkway, through what is otherwise private land. That said, in 2018 a group, armed with relevant permissions, walked around the full borderline of some 306 kms. It is possible that this walk will be repeated again in late 2019 and yours truly may partake.

The ‘water-centric’ and ‘straight line’ approaches to establishing the ACT border had a tremendously negative impact on the many landowners whose land straddled the border given that all land within the newly established ACT was ceded to the Commonwealth, via compulsory acquisition. That said, compensation was paid and previous landowners along the border line were generally able to lease back land previously owned given its remoteness from the city of Canberra and the lack of Commonwealth need for the land outside securing control over the water catchment. To this day all land not required for Commonwealth purposes within the ACT is leasehold.

Back to the walk and what I found …

The 3kms return lineal Straight Line Border walk, which can be extended northwards if you are comfortable negotiating locked gates and barbed wire topped fences, can be approached from either end – parking at either the Jarramlee Homestead entrance or at the West Belconnen Pond in the suburb of Dunlop. Public transport is available (almost) to the West Belconnen Pond end of the walk (alight bus at Kerrigan Street). 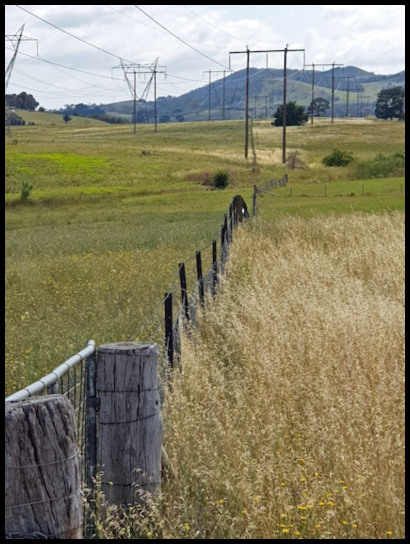 The border walk is pleasant, if not spectacular – you can see the full walk (to the trees) in the picture on the left, immediately above. It is a gentle, though exposed, stroll affording an excellent view along the border and onwards to Mt Coree in the Southwest and One Tree Hill in the Northeast. About midway along you will cross the rather nondescript Gooramon Creek which straddles the border.

As the walk touches on the West Belconnen Pond I strongly recommend that you extend your walk to have a look at the picturesque pond or, better still, circumnavigate it.

If you do the latter you will come across a couple of signs celebrating the endeavours of the original border surveyors. See my separate review on the West Belconnen Pond.

The Straight Line Border walk forms part of the Australian Bicentennial National Trail, a somewhat longer walk of 5,330 kms across the Great Dividing Range from Cooktown in Northern Queensland to Healesville in Victoria. Be careful lest you forget to turn around at the appropriate point and accidentally end up in Queensland or Victoria!

In terms of the border and that all important matter of security I noted the following:-

While not on the border line itself I couldn’t help but crack a wry smile at this very Australian supplication to keep gates closed. 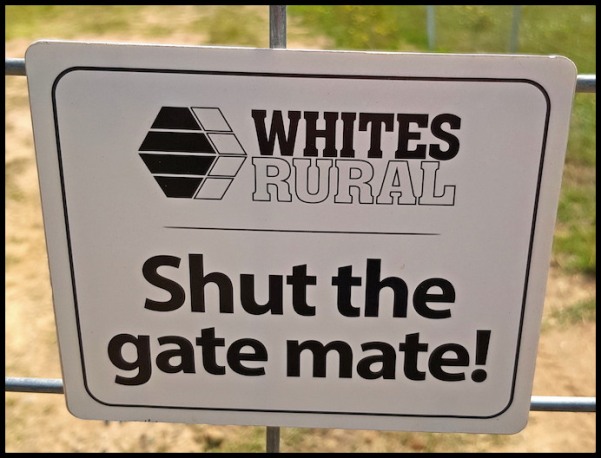 All in all, and based on my personal observations, I returned home comfortable with border security between the Australian Capital Territory and New South Wales and shall vigorously resist any calls for a wall along the border, be it of concrete or steel, irrespective of who will be paying for it.

If you are in the area of the Straight Line Border do pop along and make your own assessment while enjoying a pleasant walk.