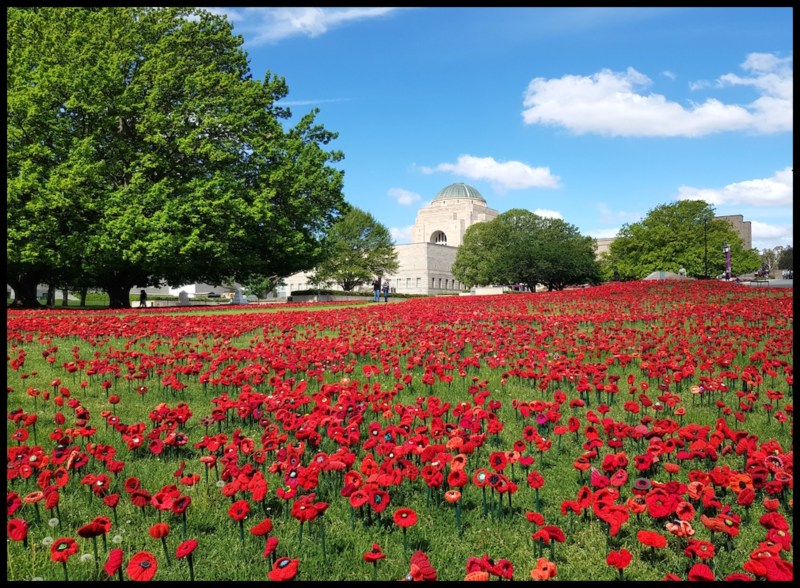 In the run up to and as part of its commemorative activities to mark the 100th anniversary of the ending of World War I on 11 November 1918 the Australian War Memorial commissioned a rather haunting and melancholy display of poppies, bathing the western gardens of the Memorial in a sea of red. A moving musical program, created by Chris Latham, the Memorial’s recently appointed musical artist in residence, beautifully complemented the display. The idea of having a musical artist in residence really appeals to me and Chris has got of to a flying start with this project! 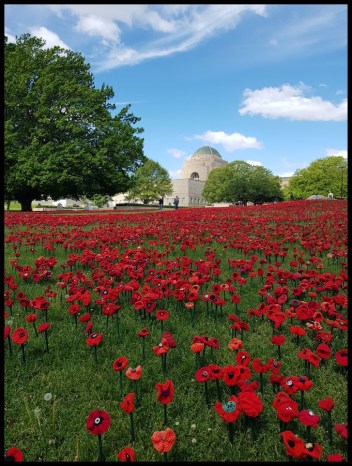 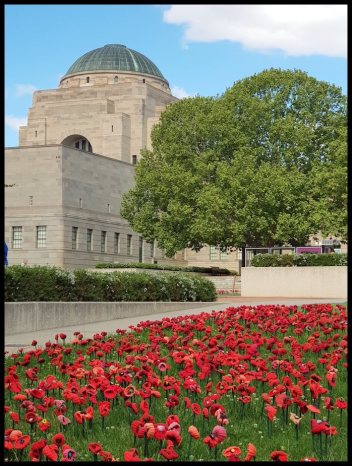 Each one of the poppies represents the death of one Australian serviceman as a result of World War I. The name of each person lost in that war is listed on the Memorial’s bronze Roll of Honour, metres away from the poppy display. 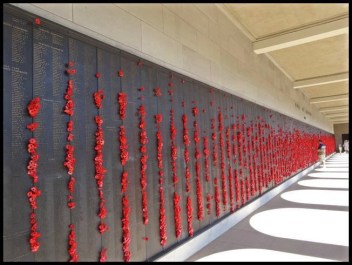 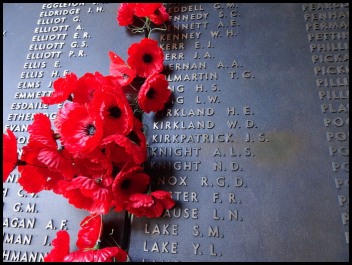 By the end of the war 61,514 (of around 420,000 enlistees) Australian servicemen had lost their lives and a further 156,000 were wounded or taken prisoner. As I understand it, the percentage of serving Australians lost in the War was the highest of any country taking part. 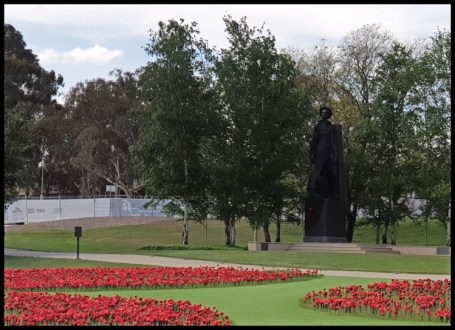 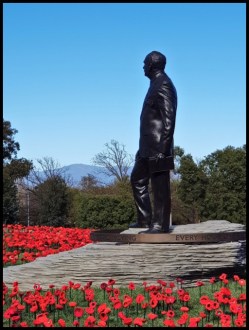 The poppy display was coordinated by members of the 5000 Poppies Project –which was originally set up to create a display of 5,000 poppies as part of the 2013 Remembrance Day commemorations in Melbourne. By 2015 the group behind the project was inundated with poppies, not just from Australia but from around the world, and the display that year had some 260,000 poppies. The entire 2015 display was subsequently taken to London for the Chelsea Flower Show and then some 26,000 poppies were taken to the battlefields of France for the centenary of the battle of Fromelles in July 2016. 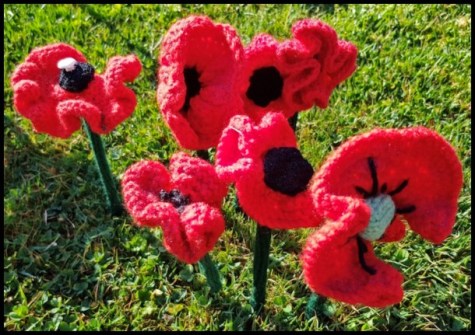 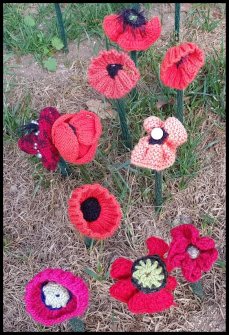 The poppies displayed at the Australian War Memorial were individually knitted or crocheted by volunteers who had a very personal reason to be involved in the project – invariably remembering a lost relative or friend – making each poppy unique not only in appearance but also in the story behind it. In the centre of many of the poppies are pictures of loved ones and family members lost in the Great War. 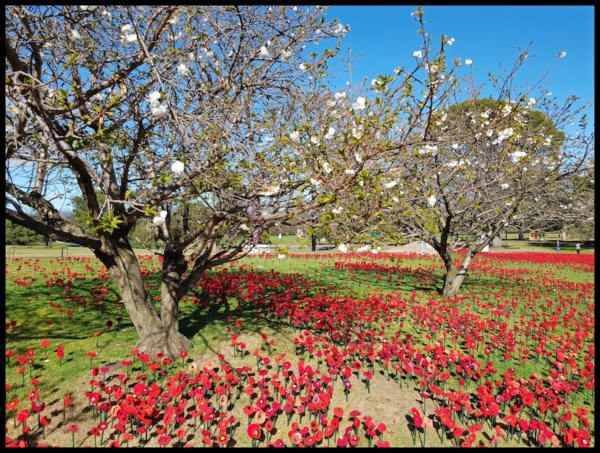 The ‘planting’ of the poppies at the War Memorial began on 29 September 2018, one hundred years to the day that Phillip Johnson’s (the project’s landscapes designer) great grand-father, Fredrick Richard Johnson, was killed in France just weeks before the end of the Great War.

In an interview Phillip recalled:

“There was this beautiful letter that he wrote back home to his wife: ‘Last night Mabel, I had the most beautiful dream, about holding your hand, walking along our creek, Reedy Creek, just north of Melbourne, and it was the most magical dream.’ And then he woke up, and he was still in the trenches, and he never returned.”

There are so many other stories like this one but each individual to the person(s) involved. 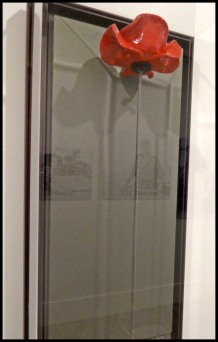 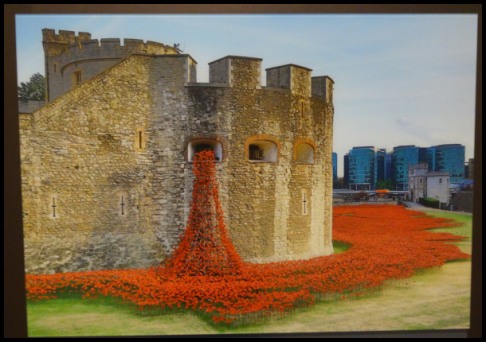 For me, while different, the poppy display also brought back memories of a rather grander 2014 exhibit – ‘Blood swept lands and seas of red’ – of 888,246 ceramic poppies which consumed the walls and gardens of the Tower of London, each commemorating one of the lives lost in the British Empire during the First World War. A poppy from that display and a commemorative picture was presented to the then Prime Minister of Australia, Tony Abbott, by then British Prime Minister, David Cameron. These, pictured above, are on display within the War Memorial.