‘A Conversation With Oscar Wilde’

Entitled  ‘A Conversation with Oscar Wilde’ the memorial, in the form of a green granite sarcophagus and designed as a seat, depicts Oscar Wilde, one of the most brilliant and flamboyant literary figures in late Victoria London, emerging from his afterlife, cigarette (when it has not been stolen) in hand, ready to share his renowned wit and views on anything and everything with whoever cares to sit down and have a chat.

British sculptor, Maggo Hambling who created the memorial put it thus – ‘The idea is that he is rising, talking, laughing, smoking from this sarcophagus and the passerby, should he or she choose to, can sit on the sarcophagus and have a conversation with him.’

As a couple were having a chat with Oscar (or rather eating their lunch which they had spread out on the seat) I was unable to get a decent picture of the full memorial. As such, the picture above is not mine but credited to René & Peter van der Krogt (http://vanderkrogt.net/statues/). 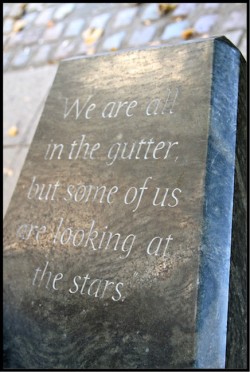 At the lower end of the seat is but one of Wilde’s famous quotations, ‘We are all in the gutter, but some of us are looking at the stars.’,  taken from one of his more famous plays, Lady Windermere’s Fan.

Oscar Fingal O’Flahertie Wills Wilde was born in Dublin on 16 October 1854 and was educated at the then Portora Royal School in Enniskillen, Northern Ireland – the same school that another somewhat less talented literary giant – yours truly – attended some years later. While Wilde is generally thought to have hated his time at Portora it was there that he fell in love with Greek and the Classics. I have briefly referred to Wilde’s association with Portora in a separate review on that venerated seat of learning.

After Portora Widle went on to Trinity College Dublin and Oxford University where he continued his studies of Greek and the Classics, earning the highest academic awards and accolades on offer at both universities.

On graduating from Oxford in 1878 Wilde moved to London and before long was firmly entrenched in high society. At first he focused on writing poetry and having published his first collection, Poems, in 1881 he embarked on a lecture tour of the United States. On entering the US he was asked by customs if he had anything to declare. His response, classic Wilde, was ‘nothing but my genius’.

It was through his US and subsequent British and Irish lecture tours that Wilde established himself as a leading proponent of the aesthetic movement which promoted art and literature for their own sake rather than for any political or social propose – art for art’s sake. 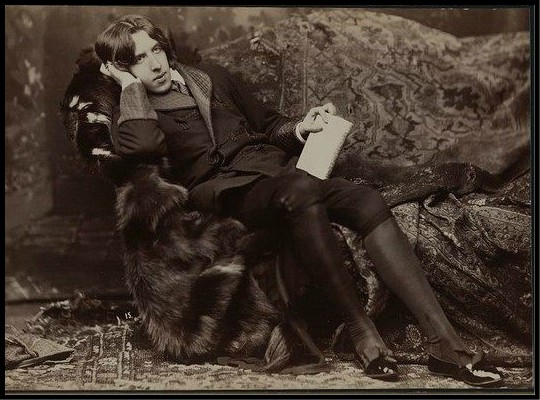 A little remembered fact today is that in 1884 Wilde married Constance Lloyd, a wealthy Englishwoman, and fathered two sons. She would later desert him with their two children. Partly to secure a regular income, Wilde secured the position of editor of Lady’s World, a once-popular English women’s magazine which he described as ‘a very vulgar, trivial, and stupid production’. Within a few years he had totally revitalised the magazine and renamed it ‘Woman’s World’.

In 1888 Wilde entered a seven-year period of all-out literary activity during which his most famous works including the now acclaimed novel, The Picture of Dorian Gray and his most successful plays, Lady Windermere’s Fan, A Woman of No Importance, An Ideal Husband and The Importance of Being Earnest were published. The Importance of Being Earnest is my all time favourite play and, for me, it displays Wilde’s brilliant wit and satirical prowess more than any other of his works. I have seen and read it numerous times. If you have not seen or read it, Dear Reader, you simply must!

While he was a talented writer and his works continue to be performed and enjoyed in the West End and around the world over 100 years after his death, Wilde is probably better remembered for his flamboyant lifestyle and infamous imprisonment for homosexuality. 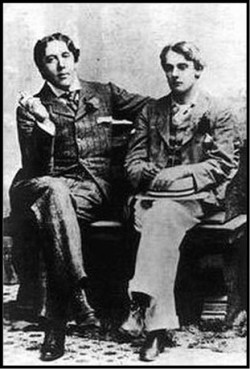 As Wilde was enjoying immense literary success he started an affair with a young man called Lord Alfred Douglas (Bosie to Oscar and pictured with him alongside – open source picture). In 1895 Bosie’s father, the Marquis of Queensberry, got wind of what was going on and left a calling card at Wilde’s home addressed to “Oscar Wilde: Posing Somdomite” – misspelling sodomite. At this point Wilde, whose homosexuality was an open secret, made a decision that was to ruin his life and leave him penniless. He decided to sue Queensberry for libel.

Queensberry and his lawyers quickly turned the case to proving Wilde’s homosexuality (then illegal). Soon Wilde’s libel case was dismissed and he was arrested on charges of “gross indecency.” He was convicted on May 25, 1895 and sentenced to two years in prison – an experience he never got over.

When he got out of prison in 1897 he went into exile in Paris where he lived out his days in cheap hotels and with friends. He did manage to be briefly reunited with his beloved Bosie during his exile.

Apart from a poem about his experiences in prison, ‘The Ballad of Reading Gaol’, he wrote very little before he died of meningitis on November 30, 1900 at the age of 46, while muttering a Catholic prayer.

A few weeks prior to his death Wilde, in addition to lamenting that “I am dying beyond my means. I can’t even afford to die.’, took a dislike to the wallpaper in the cheap hotel he was living and is famously said to have challenged it to a duel – “My wallpaper and I are fighting a duel to the death. One or other of us has got to go.”

By way of slight diversion, if you have read my review on Napoleon I’s original tomb on the remote mid-Atlantic island of St Helena you will be aware that he too may have succumbed to ‘death by wallpaper’! 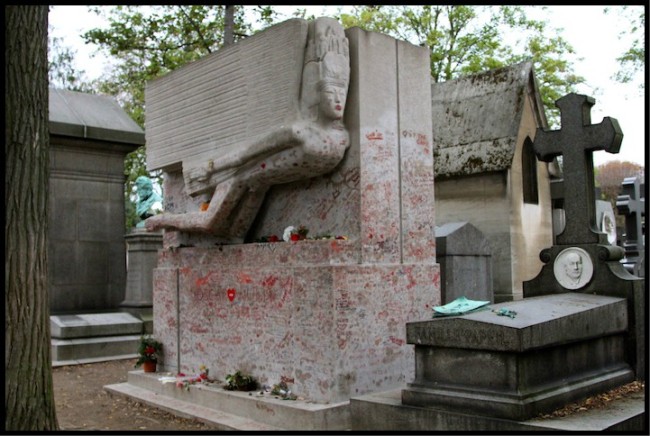 Should you visit Dublin there is a delightful statue of Wilde, looking his flamboyant best and relaxing on a rock in Merrion Square. My Reader may be aware that there are many statues of all sorts of luminaries in Dublin and the good people of that city have taken to giving them rather derogatory alternate names. As such Wilde has become the ‘Fag on the Crag’ – a title that needs no further explanation.

I will leave my reader with a few more of my favourite quotations from this most remarkable man.

I can resist everything except temptation.

Be yourself; everyone else is already taken.

The truth is rarely pure and never simple.

Women are made to be loved, not understood.

I sometimes think that God in creating man somewhat overestimated his ability.

I never travel without my diary. One should always have something sensational to read in the train.

Location: Adelaide Street, WC2,  near the junction of The Strand and Duncannon Street at the rear of St Martin-in-the-Fields Church

6 thoughts on “‘A Conversation With Oscar Wilde’”