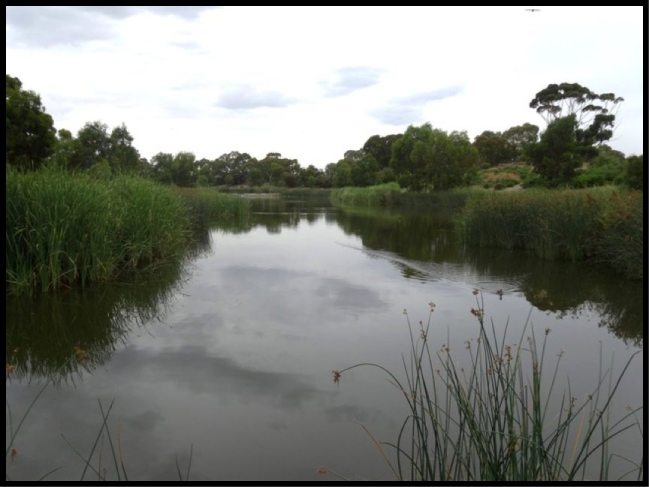 In another review I alluded to the fact that the area around Henley Beach and Grange was formerly highly prized farming land by virtue of the existence of rich alluvial soils. The large expanse of alluvial soil was due to the fact that the Torrens River, until 1934, stopped short of discharging into the sea, being stopped by the bank of sand dunes which runs along this part of the coast. Unable to escape, the river regularly flooded leading to fertile soil in the area.

The increase in roads and buildings in the catchment area in the late 19th and early 20th century made things worse and flooding became more regular.

In 1934 a channel, Breakout Creek, was dredged to let the river freely flow into the sea.

Upstream, about 2kms from the coast, is the Breakout Creek Wetlands constructed (in two stages, 1999 and 2010) to restore the area’s natural habitats and slow the River Torrens down, permitting sedimentation and absorption of nutrients thereby improving water quality before its discharge into the Gulf St Vincent. 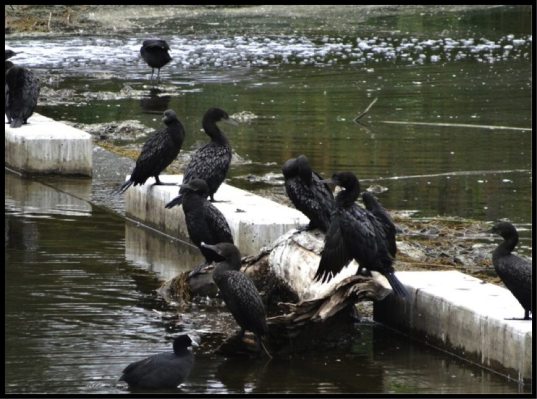 Breakout Creek Wetlands now, in addition to providing a home for numerous native plant and animal species, including fish, frogs, birds and invertebrates, is a beautiful area to wander around and enjoy the plants and animals. Birds you might spot here include swamp hens, mallards, cormorants, moor hens, coots, pelicans, herons, egrets, silver gulls and black swans. In my short visit here I saw most of these.

While visiting the Wetlands, don’t miss the the nice arrangement of mosaics on the left river bank, approaching from the coast.

Like the mosaics by the sea which I have covered in a separate review this collection at Breakout Creek Wetlands were created by local community members in association with, and under the guidance of, local arts centre – The Changing Canvas.

Here the mosaics depict many of the creatures found in the Wetlands including various birds, river creatures and land creatures. 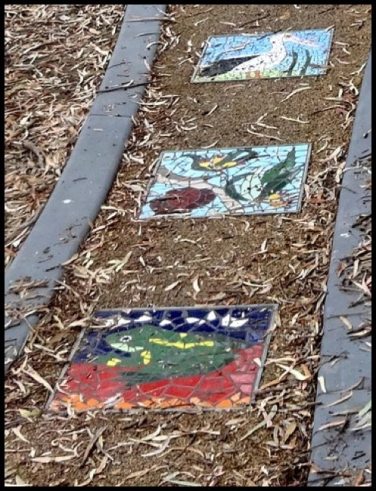 The Torrens Linear Trail (a cycle/walking trail) runs through the Wetlands and it was during a ride along the Trail which runs almost 40kms from the Adelaide Hills foothills to the Coast that I came across the Wetlands. If you approach from Henley Beach it is a short, almost flat, ride by the river (Breakout Creek) along which you will almost certainly see some horses on the riverside agistments.

Getting to the Wetlands is quite a pretty ride (or walk) providing a nice diversion from the hustle and bustle of the coast, especially on holidays or at the weekend. The Wetlands are about 2 kms in from the coast so, all up, about 4kms from the centre of Henley Beach via the coast and river path.

One word of warning though, do watch out for the monster as you pass under Tapley’s Hill Road. 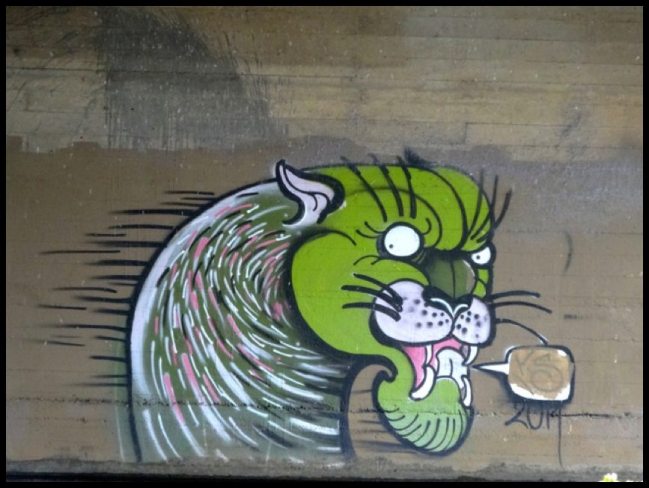 While not advised, unless you really want to avoid coming face to face with the monster, you can also get to the Wetlands by walking/riding along the busy and comparatively boring Henley Beach Road but in so doing you miss half the fun. If driving you will, of course, have to use the road.

One thought on “Breakout Creek Wetlands – Nice Detour From Coast”