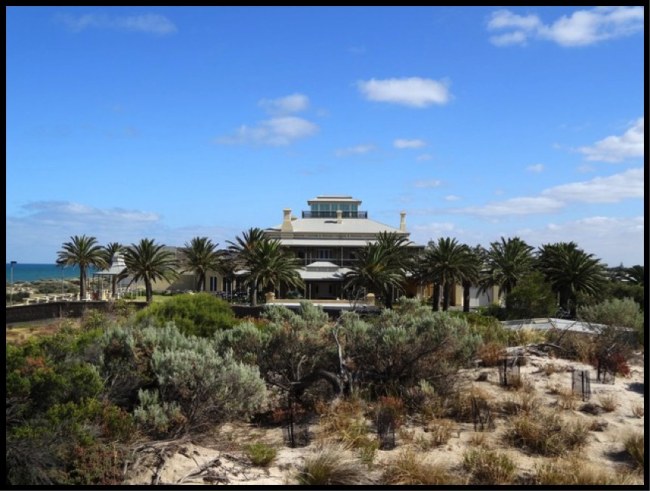 In my review on Tennyson Dunes I indicated that overtime housing has encroached into the sand dunes and that such housing, with one exception, was bland, if not cheap. I imagine an estate agent (realtor) selling it may describe it differently. The exception is Estcourt House, the subject of this review.

Having lain neglected and decaying for a number of years, the house, now a private residence is beautifully restored to its former glory and worth a look from the lookout in Tennyson Dunes. 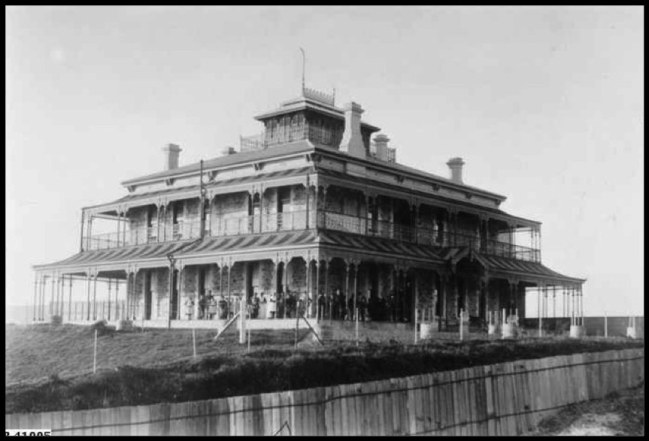 This mansion was built in 1883 by businessman/land speculator Fredrick Bucknall to house his eleven children and eight domestic staff as well as let him view his many ships arriving into a port he planned on building in the area. Alas, the government knocked back his plans for a port and Bucknall had to part with the house when he fell into bankruptcy only three years later due to the bubble bursting on a property boom he was instrumental in creating. The bank where he held his fortunes went bankrupt and he lost everything.

At this point, in 1886, the house was taken over by the Australian Mutual Provident Society (AMP), a company with which Australian readers will be familiar. AMP let the property lie empty until 1892 when it was purchased by the James Brown Memorial Trust and turned into a home for people in need. By 1900 Estcourt House was home to 45 such people (picture 2 – c. State Library of South Australia).

In 1931 it became a convalescent home for children recovering from medical treatment, typically referrals from the Adelaide Children’s Hospital which, in 1955, bought Estcourt House and extended it to accommodate up to 100 children. While the facility did great things, sadly many children did die within its walls from tuberculous, scarlet fever and other such ailments. The South Australian Government took over the facility in 1978 and it became the Ru Rua nursing home until it closed in 1989.

After its closure in 1989 the house again stood empty for many years. Or did it? Stories abound of little ghost children seen playing hide and seek – friendly ghosts recalling happy times in Estcourt House, I suspect. 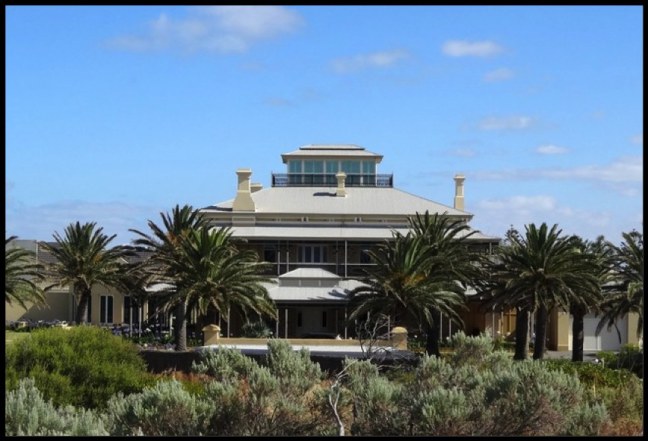 The current owners remain silent on the presence or otherwise of these ghosts.

Address: Bucknall Court (off Estcourt Rd), Grange
Directions: As this is a private residence it is best viewed from the lookout in the adjacent Tennyson Dunes, off Military Road