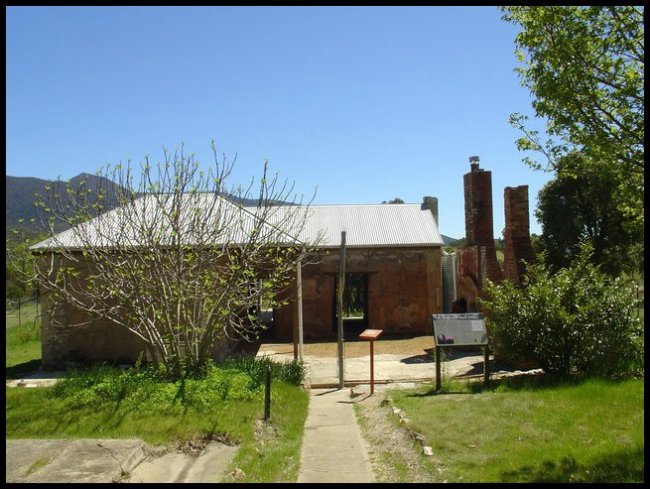 There are only two significant remaining examples of European tenancy of the Reserve – the Nil Desperandum and Rock Valley homesteads, both pise ( rammed earth ) buildings built in the 1890s by George Green and George Hatcliff. Green and Hatcliff had learned this building technique from a couple of Chileans working in the area.

The house was built for, and became home to, the Green family right up to 1968 when for a short time, prior to being acquired by the ACT government in 1969 is was owned by a Mrs Newsome of Norfolk Island. The property was used as park ranger accommodation in the 1970s and classified by the National Trust in 1987.

While the house is fairly basic by today’s standards it was bordering on luxurious in earlier times and indeed by the 1950s even had its own tennis court. The outhouses included a granary constructed in 1915 and a large woolshed used by the Greens but also a place where neighbouring farmers brought their sheep for shearing. The woolshed was also used as a dance venue. I imagine this is were the all night dances referred to by Mrs Phylis Morton in my Church Rock Walk review were held.

Like all other houses of the time this one had an extensive orchard and vegetable gardens – somewhat of a necessity given that the nearest shopping was a six hour round trip away. 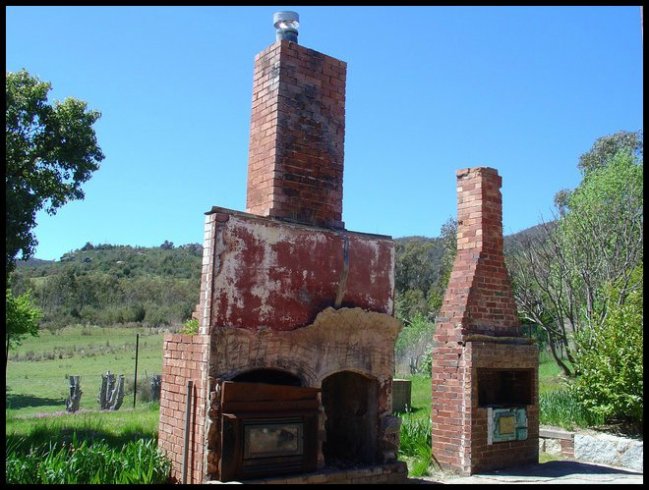 The two prominent chimneys depicted above are part of the kitchen area of the house which was a fibro and tin extension built much later than the pise part of the building. This extension, bar the stone chimneys was completely destroyed in the 2003 bushfires. The remainder of the house was severely damaged in the same fires. All the outbuilding had been demolished by the ACT government when it took the property over in 1969.

The house, dilapidated though it is, is a tribute to the pioneering farmers who braved harsh conditions to eke out a living in the Tidbinbilla Valley and encapsulates Canberra’s mountain heritage. 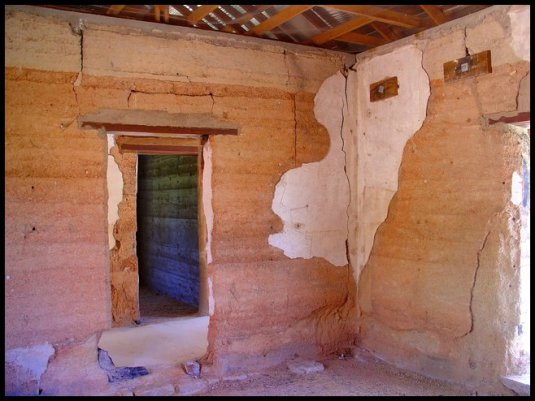 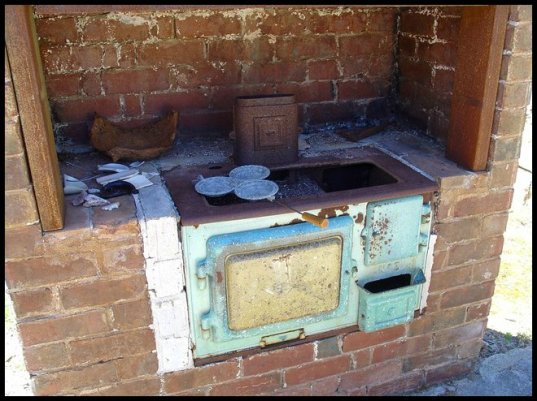 Do take a few minutes to drop in and imagine what life was like here over 100 years ago.

Rock Valley homestead is readily accessible by car being about 50 metres of the main road through the Reserve and is clearly marked on the Discover Tidbinbilla guide which you can download or pick up from the visitors centre as you enter the Reserve.

For details on park entrance fees and other general information about the Reserve and links to other walks see my introductory Tidbinbilla review.

This blog entry is one of a group (loop) of entries on Tidbinbilla Nature Reserve.  To continue with my next entry chick HERE.

To start at the beginning of this loop click HERE.