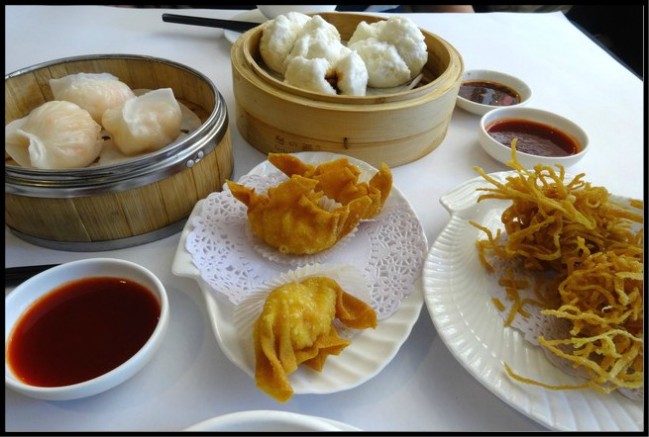 By the time we reached Adelaide’s Chinatown we had been walking around the city for about four hours and were famished. It was well and truly time for lunch.

As I indicated in my separate review on Chinatown, the area is comparatively small. That said it has a number of eateries of various Asian ethnicity, not just Chinese though we chose the T.Chow Chinese Restaurant for lunch.

While not in the slightest classy, in terms of looks, it is the most upmarket of the restaurants in Chinatown and what it lacks in looks it makes up for in the quality of its food.

T Chow’s specialises in Teochow cuisine which comes from the Chaoshan region of north east China and has an extensive menu with what seems to be an emphasis on seafood (which is generally of very high quality in Adelaide).

In addition to a la carte, T.Chow’s serve Yum Cha (or Dim Sum) daily and this is what we had. When it comes to Yum Cha I prefer restaurants, like T.Chow’s, where you pick dishes from trolleys wheeled around, as opposed to ordering from a menu. Much better for those unfamiliar with Chinese Yum Cha dishes.

As this is a fairly busy restaurant there was a great selection of dishes from which to choose. The food was fresh, delicious and reasonably priced. Service was ok.

While the restaurant is licensed (drinks were expensive) and you can bring your own wine (corkage a rather high A$8 per person, as I recall) I prefer to have Chinese tea at Yum Cha and that’s exactly what I did here.

Overall a decent option for Yum Cha and I would return.