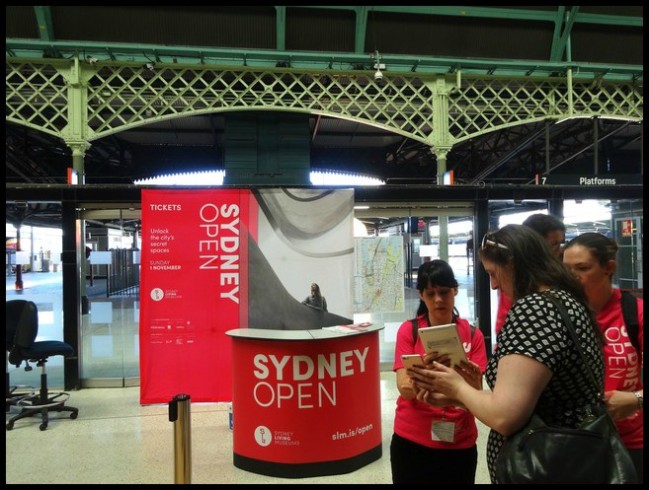 Like any other city or place in the world the average tourist can only access a fraction of the buildings and other places of potential interest in Sydney. Hidden within commercial businesses or otherwise lying derelict and forgotten is a wealth of things of interest, at least for the more discerning or time rich visitor.

Like in many places around the world the powers that be in Sydney have realised this and now organise occasional open days when the owners of these normally closed or hard to access properties are persuaded to open up and grant access to the public, for a day.

The Sydney Open (day) as it is called, an annual event, is very ably managed by Sydney Living Museums, a state government entity which manages a number of museums and heritage properties in the city.

I attended the November 2015* Sydney Open. In all there were around 50 properties open on the day – you could not possibly visit each one. These fell into a number of categories – ones that are very rarely accessible to the public (e.g Mortuary Railway Station – something I have wanted to see for years), ones that are open with very restricted hours such as the Sydney Masonic Centre and the Great Synagogue and, finally, ones (including those managed Sydney Living Museums such as the Museum of Sydney) which are open regular hours to the public. 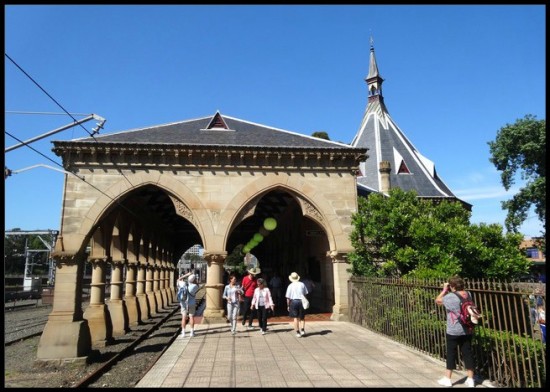 As I can, and do, visit Sydney regularly, my interest lay in visiting properties generally not open to the public. One might ask, why would anyone want to visit those properties regularly open, especially when the open day only lasts from 10am to 4pm (some places close earlier). Well, two reasons, firstly those properties regularly open normally have an admission fee (in some cases excessive in my view) which is waived for Sydney Open and secondly many of these places put on special talks, open areas not normally open, etc for Sydney Open.

In an extremely hectic day I managed to visit about 12-15 of the properties. This was only feasible as I had carefully pre-planned what I wanted to see, I walked between the properties (this is actually faster than waiting on the free shuttle bus or taking other public transport – though it does require a level of fitness) and I went in, saw what I wanted, and moved on to the next property without lingering.

View From AMP Building – Not Bad???

Overall the event was extremely well organised, the properties I selected to visit were worth the effort (I would like to have seen more) and the guides at each property (volunteers) were fantastic – even the one I managed to spill a bottle of water on, though I don’t need to go into that here.

In terms of being able to pre-plan, the event has a fantastic web-site and mobile app and for those more technologically advanced than myself offers twitter feeds, instagram, facebook links and the like. Talking of these things, I was amazed and heartened to see the large numbers of teens and people in their twenties who attended the event – in their own rights as opposed to being dragged along whinging by parents.

By way of improving the event, and I have relayed these views to Sydney Living Museums, I really do believe the event should be spread across two days and opening hours made longer. This would allow those wishing to visit more properties to do so and let others visit a similar number as they do now in a more relaxed fashion.

There are various ticket options available for the event, most of which really only relate to those wishing to take out a Sydney Living Museums’ membership. These higher price membership tickets, in addition to giving free access to the museums for a year, etc, etc, also provided priority access to some of the more popular properties and those needing to restrict access numbers for whatever reason.

I just had an ordinary ticket which cost A$49 (2016) and, while I did forgo entry to two buildings due to queues, queues were not generally a problem.

Initially I thought $49 was a bit expensive, given the limited opening hours as opposed to what could be seen, especially when I had to add a $56 bus fare from Canberra into the equation. Having taken part, I now think the $49 was reasonable, especially when it let me visit a few smaller museums/properties which I had not previously visited thinking (correctly now that I have been) the general entry fees too high.

Should you be in Sydney on the day or live in the region I thoroughly recommend this event. I do encourage you to have a look at the website to see the range of properties on display – surely something for everyone?