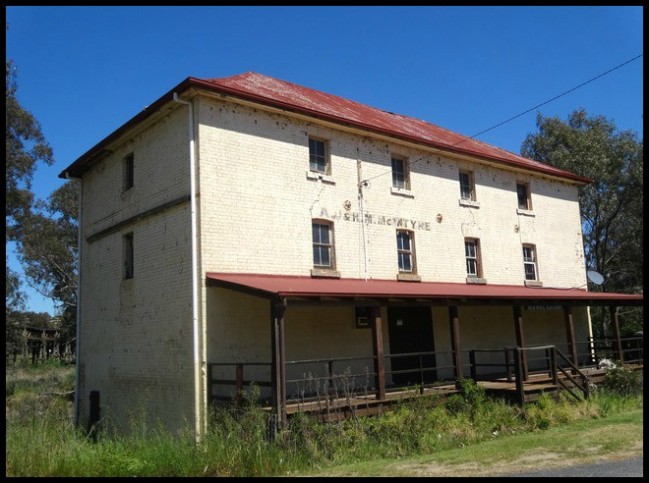 Located along Sheridan Lane by Morley’s Creek are a number of reminders of the 1852 flood in Gundagai.

Europeans began settling in Gundagai in the 1820s. Ignoring the advice of the local Wiradjuri Aboriginal people, they established and developed the town on the low-lying alluvial flats between the Murrumbidgee River and Morley’s Creek – that large expanse of lowland (floodplain) between the river and today’s town which you can see traversed by the Prince Alfred Bridge and the Old Railway Bridge (picture 5).

The 1830s were a period of severe drought in the area but by the 1840s things were back to normal and the river regularly flooded, but nothing too serious, though in 1844 water inundated the town flooding buildings to a height of around one metre.

The ‘big flood’ predicted by local Aboriginals, came on the night of June 24, 1852 when, following three weeks of heavy rain, water from the Murrumbidgee River raged through the town, drowning more than one third of the 250 inhabitants and an unknown number of travellers. In all 71 (or the vast majority) of the town’s buildings were swept away.

Of the town’s original buildings only one still stands today – the Old Mill (picture 1). The mill, a flour mill and the first one erected on the Murrumbidgee River, was built in 1848 and continued in operation until the mid 1860s after which it served as a grain store, a freezing works for rabbit carcasses and a warehouse for wool, skins and hides. When I visited it sported a sign – ‘Old Mill Gallery’. It was closed and I have not been able to find any other reference to a Gallery in the building. 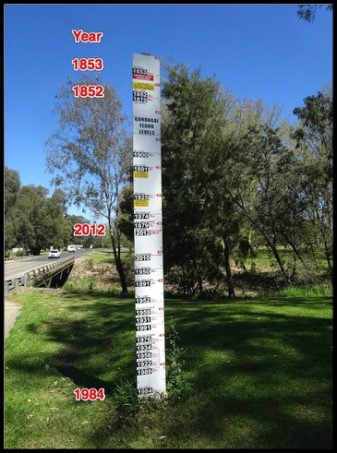 Picture 2 is a flood marker (I have highlighted a few years) showing various heights reached by the river since 1852 when it peaked at 12 metres above normal. You will note that in 1853 the river rose a foot higher than it did in 1852. Little is written about the 1853 flood as no real damage was done – everything had been destroyed a year earlier. Floods continue to this day and you can see from the marker that the river reached a height of around 6 metres in 2012.

It is thought what up to 100 people lost their lives in the 1852 flood. A memorial plaque with the names of 78 men, women and children known to have died is located by Morley’s Creek, off Sheridan Lane (picture 3). The names of the remaining victims who were non residents passing though remain unknown.

While the local Aboriginals had not welcomed the European settlers and there had been a number of serious fracases with deaths on both sides, any issues were set aside on the night of 24 June 1852 when the sterling efforts of Aboriginal people like Yarri, who spent the night ferrying people stranded on roof-tops and in trees to safety on his bark canoe, saved around 70 people from otherwise certain death. Yarri is credited with 49 people saved. He and another Aboriginal, Jacky Jacky, received medallions for their efforts and were subsequently allowed to demand sixpences, as required, from Gundagai residents for the remainder of their lives. The medallions are now on display in the Gundagai Museum.

Interestingly and not belittling his bravery during the flood, Yarri is recorded as killing a European man, John Baxter, on one of explorer John Eyre’s expeditions across Australia in the 1840s and after the 1852 flood, Yarri, a womaniser, was accused by local Aboriginals of the murder of a part Aboriginal girl who refused to indulge his unwanted advances. 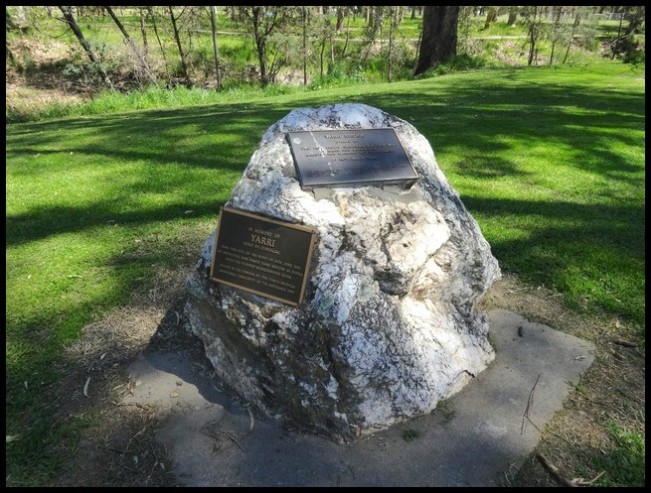 Today there are a number of mementos to Yarri’s bravery in Gundagai. In Yarri Park (a small area between Sheridan Lane and ANZAC Park) there is a small plaque (picture 4) in his memory placed by the Tumut-Brungle Aboriginal Community in September 1990. Also here can be seen a plaque unveiled in 1984 by the local Member of Parliament marking the opening of the Yarri Bridge across Morley’s Creek which you can see nearby and which, incidentally, also marks the spot where Yarri brought survivors ashore in 1852.

Yarri died in 1880 and is buried in the North Gundagai Cemetery. His grave, near the cemetery gates is marked by a black marble headstone.

Lesson learnt (unfortunately the hard way), the main part of the town was rebuilt away from the floodplains higher up on the slopes of Mount Parnassus with part (South Gundagai) being built on safer land on the southern side of the Murrumbidgee River.

One thought on “Yarri and the Great Flood of 1852”