Other Interesting Buildings In Downtown Gundagai

I have referred to a number of buildings in my other reviews principally because, in addition to them being aesthetically pleasing, they also have a story to tell.

As you walk down the main street there are a number of other buildings worthy, at least, a passing look. A couple, being purveyors of alcoholic beverages are worthy a closer examination if you are feeling thirsty, though they also serve decent food.

Have a look at the following:-

Pictured above– The (Lotts) Family Hotel – ‘the hotel where good friends meet!’– was built in 1858 as Fry’s Hotel and agent for Cobb & Co coach company. The verandah you see on this hotel is typical of that found on country hotels in New South Wales and further afield.

Not being able to resist the temptation to tell you at least one little titbit of historical information in this review here goes!

In 1883, well before the ubiquitous Chinese restaurant / takeaway popped up in every Australian town, E. Marin la Meslée, private secretary to the French consul-general for Australia, the Comte de Castelnauin, when travelling through Australia with the Comte, remarked that no other nation has such ‘elementary, not to say abominable cooking.’ Gundagai, it appears offered an exception to this generality as La Meslee recorded that the ‘yellow cook at Fry’s Hotel in Gundagai treated us wonderfully”!

Hush, Hush! Back to the buildings. 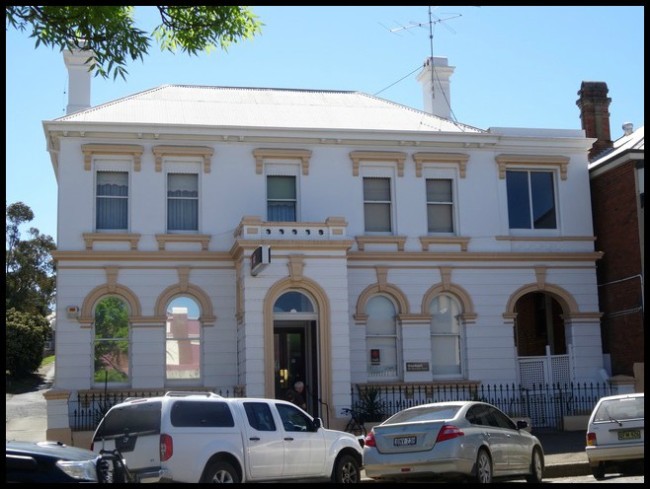 The Criterion Hotel is in the art deco style like most of the architecture in Gundagai. Though I didn’t go in for a look, the hotel has a number of original oil painted murals of early Australian bushrangers and of the Great Flood in Gundagai of 1852. 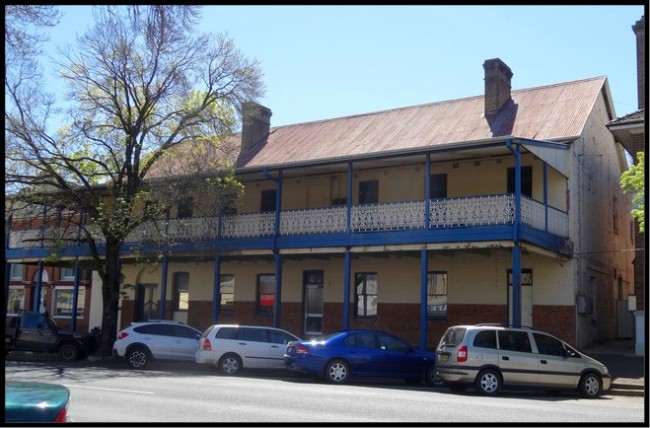 The former Blueheeler Guesthouse (now empty). Constructed in 1853 – straight after the Great Flood of 1852 – this building has over time traded at the Crown Inn, Tracey’s Club House Hotel and the Gresham Hotel. I find the rather intricate verandah quite pleasing.

‘Surrey’ – built in 1884 as the private home of Billie Payne, a Cobb & Co coach driver and later hotelier and businessman. Again, it was the verandah which attracted me to this building.

One thought on “Other Interesting Buildings In Downtown Gundagai”