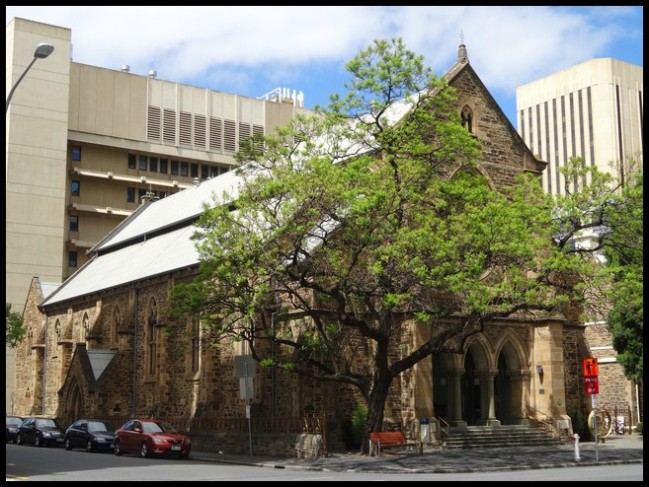 Flinders Street Baptist Church, built between 1861 and 1863, is one of Adelaide’s oldest and prettiest churches with its stunning facade and fine brickwork. It is part of a small complex of ecclesiastical buildings on this site built, between 1863 and 1877. The hall behind the church was built around 1870 and the adjacent (former) manse (pictured next), now a private office building, was built in 1877. 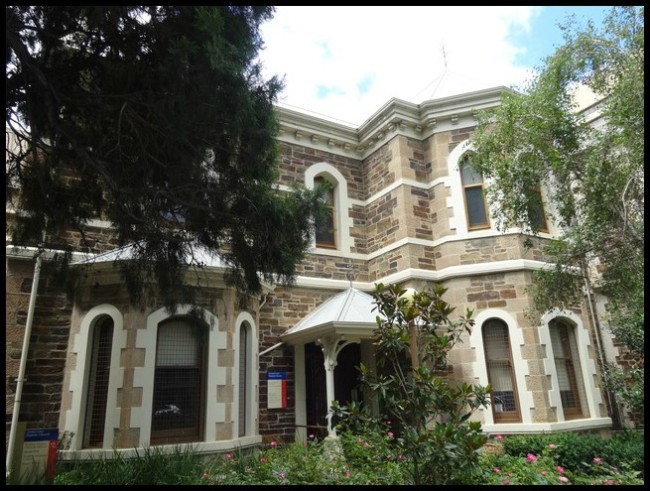 The construction of this church was an important step in bringing together the previously divided Baptist community in Adelaide, both tasks accomplished by the Reverend Silas Mead. 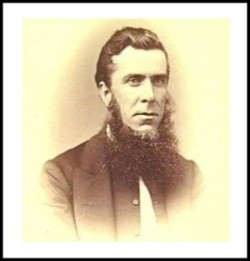 The Reverend Mead was born in Somerset, England and, like many other men of the cloth, came to Australia at the request of early colonists seeking greater spiritual direction. Under Mead’s care his flock grew and flourished and Flinders Street soon became known as the ‘cathedral’ of the South Australian Baptist Union (of which Mead was president three times and secretary four times). The rapid growth in Baptists in South Australia can be partly attributed to Mead’s open-communion policy whereby all Christians, baptised or not, were admitted to church membership and to participation in the Lord’s Supper. Other States, such as New South Wales, adopted a closed communion policy whereby only those baptised could participate in the Lord’s Supper.

In addition to caring from his Adelaide flock, Mead had a particular interest in missionary work and in 1864 he established the first constituted Australian Baptist Foreign Mission in Furreedpore, India – the first of many. Among Mead’s many memorials is a small chapel in Rajbari, East Pakistan, built by Australians who followed his lead in establishing Baptist missions in India. It think it rather fitting today that the church has a vibrant English language teaching facility for new immigrants to Australia.

In 1871 this most evangelical of pastors formed the Christian Endeavour Society of South Australia and subsequently was active in all manner of evangelical work in the United Kingdom, Adelaide and Perth, where he died in 1909. 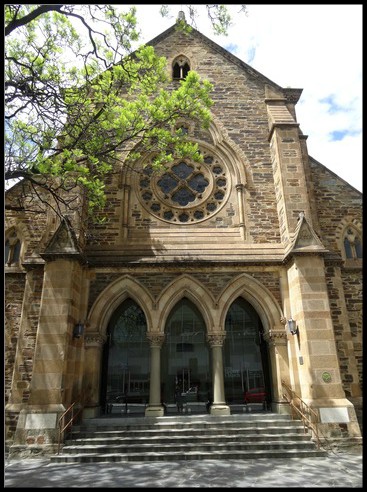 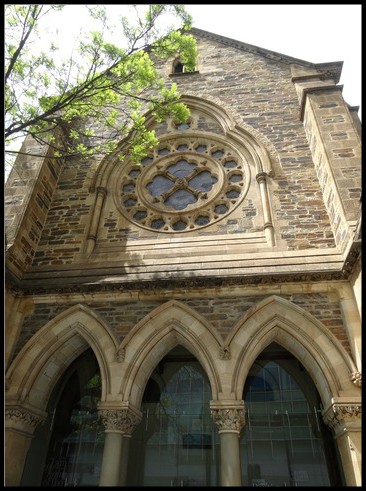 While the Gothic style exterior of the church may not scream out ‘Baptist’, inside, and more befitting of a Baptist church, it is rather plain. The most notable feature is a gallery around three sides of the building. This was added in 1873 to improve the acoustics of the building but, sadly, it obstructs the view of the churches rather beautiful rose window. The church’s organ dates from 1886 though it was rebuilt in 1976. Various plaques around the walls commemorate peoples service to the church and to their country through wartime sacrifice.

Every Tuesday at 1pm there is a short (40mins) classical music concert at Flinders Street -‘Tuesday on Flinders’. Everyone is welcome and entry is free so take your lunch in (permitted) and enjoy.