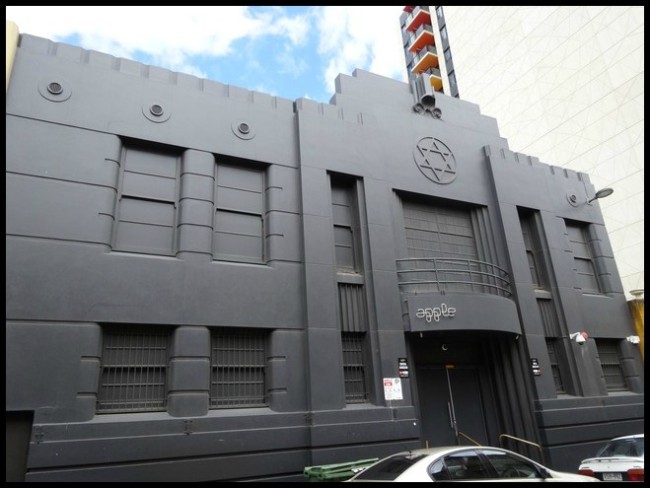 Adelaide is often, with good reason, referred to as the City of Churches. While the vast majority of its many churches are of one Christian denomination or another there are synagogues, mosques, temples and other places of worship, representative of the religious mix of people in the city.

Between 1840 and 1900 Jews accounted for around 0.5% of the population and were active in all aspects of life within the growing colony. By 1900 there were nearly 2000 Jews in Adelaide. 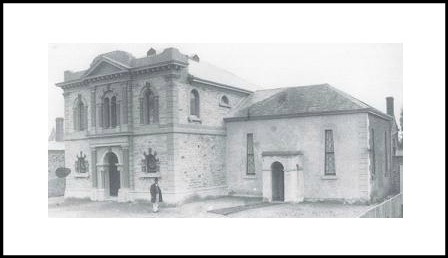 From a religious perspective, in the early years, Adelaide’s Jews were without a rabbi and important matters were sent to England (from where the first Jewish settlers came) for rulings. In the 1840s prayer services were held in a private house in Currie Street. In 1848 the Adelaide Hebrew Congregation was formed and Adelaide’s first synagogue, in the Egyptian style common in the day, was built in Rundle Street in 1850, at the intersection of what is now Synagogue Place. As the congregation grew the first synagogue (pictured on the right of picture 2 attached) became too small and a second, larger one – on the left of picture 2 – was built in 1870.

In June 1990 a new synagogue opened at Glenside, an inner city suburb, and the now Synagogue Place synagogue was converted to “The Church” nightclub which some time later became The Apple nightclub. The art deco façade, similar to that applied to picture houses of the day, was a 1938 addition to the whole building.

While there is, admittedly, not a lot to see here, the former art deco synagogue is certainly worthy a look in passing.

Location – Synagogue Place, on the intersection with Rundle Street