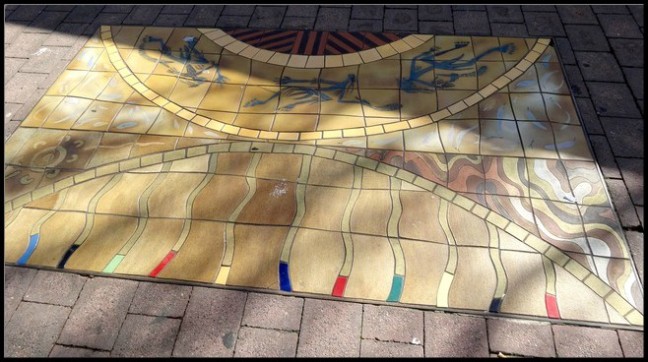 Until the arrival of European settlers, in the early 1800s, the Ngunnawal Aboriginal people were the only inhabitants of the Limestone Plains, which subsequently became Canberra.

The main water source at that time was the Monolgo River, little more than a small stream (dammed in the 1960s to create Lake Burley Griffin). The Monolgo, referred to as the snake or Guddy, was of great importance to, and revered by, the Ngunnawal, both as a source of food and an avenue for trade. During the summer Bogon Moth feast the Ngunnawal and neighbouring Aboriginal peoples would gather by the river for trade, gift-giving and social frivolity.

Away from the river were the mountains and hills, the most important of which was Black Mountain. In times past, this wooded mountain provided an ample meat supply in terms of possums, wallaby and kangaroo to supplement fish obtained from the river. In addition, it was an important meeting place and people would travel long distances gathering here for trade, ceremony, marriages, other social events as well as to settle differences. 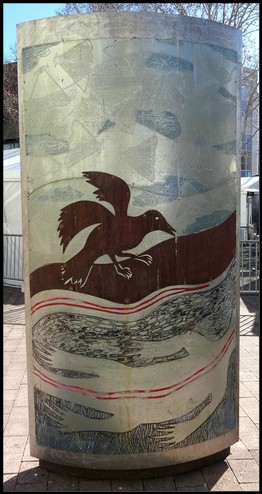 Through four decorative metal interpretive panels and a colourful ceramic tile mosaic on the pavement the artwork visually brings the association between the Ngunnawal people and their environment to life, in Garema Place, right in the heart of the city.

While to-days visitor will not realise it, another very welcoming thing about this artwork is that the interpretive panels cover-up two formerly grubby and unwelcoming poster silos which had become something of an eyesore in the city centre.