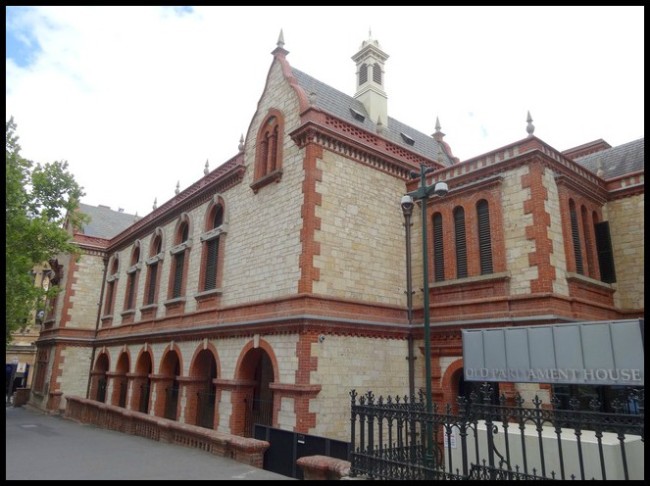 Old Parliament House served as the meeting place of the South Australian State Government between 1857 and 1889 though the Legislative Council (Upper House) remained in the building until 1939 when it too moved into the New Parliament House, next door.

The Elizabethan style building with a nice contrasting red brick and white limestone façade subsequently housed Australia’s first political museum and was thus open to the public between 1980 and 1995. In 1995 it once again became, and remains, part of the State’s parliamentary activities providing office and meeting space for Parliament. As such, it is not open to the public except as a small part of the short tour of New Parliament House.

What intrigued me is the wording on a plaque affixed to the building in 1956 which, in part, reads:

Those who have read others of my reviews will be aware that the State of South Australia came into being on 28 December 1936. This wording on the plaque thus begs the question or leads one to assume that the State’s Government between 1836 and 1857 was Irresponsible. As such, some form of explanation is in order.

From 1836 to 1843 the Government, four appointed officials and the State Governor met privately in the sitting room of Government House which, until a wing of the current Government House became available in 1840, was a rather modest three room affair of earth and wood with a thatched roof.

In 1843 a rather modest, though brick, Parliament building was constructed, modest in size and appeal given the £200 budget limit imposed by Her Majesty’s Government in London, to house an expanded government of seven appointed members and to permit access to the public, by then deemed a necessary requirement of good governance.

In 1850 The Australian Colonies Government Act was passed and the number of members increased to 24 of which 16 were to be elected. A new chamber was required. After various hiccups – including a shortage of labour due to a goldrush in the neighbouring State of Victoria – the new (now Old) Parliament Building officially opened in April 1857. 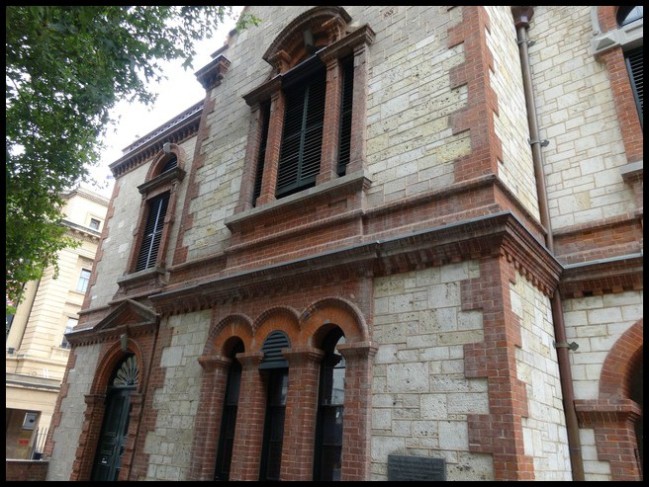 As it happened, the delay in building the new Parliament Building was fortuitous. In June 1856 South Australia was granted self government with its own constitution. This constitution required two elected Houses of Parliament – a Lower House (House of Assembly) of 36 members and an Upper House (Legislative Council) of 18.

The 1850 plans (and indeed location) for a new Parliament House were revised to accommodate the increased membership, which met for the first time in this building in April 1857.

From this I conclude that the term ‘Responsible Government” refers to responsibility to the people of South Australia rather than to London. Now, unlike me, you need not worry when you first read the plaque. 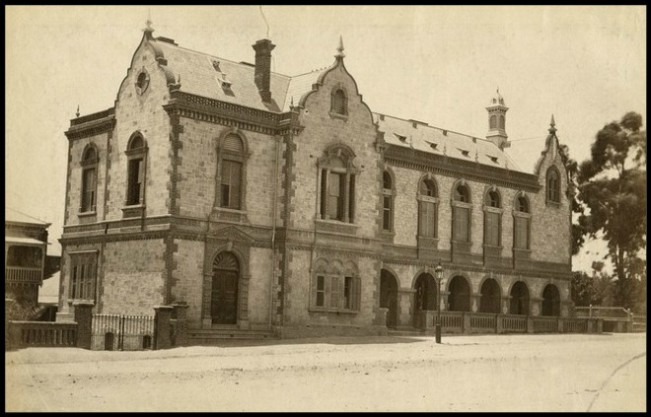 My final picture is of Old Parliament House in 1880 (above) and is courtesy of the State Library of South Australia.