This beautiful sandstone building, now the Sydney College of the Arts, started out life as the Callan Park Hospital for the Insane, which when it opened in 1883 was the first purpose-built ‘moral therapy’ facility in Australia.

By the early 1880s, as S Garton put it in his book, Medicine and Madness: A Social History of Insanity in New South Wales, 1880–1940, ‘insanity was no longer a general bodily problem, but a problem particular to the mind, the seat of morality.’ Accordingly, the more typical Victorian prison block style lunatic asylum was no longer seen as an appropriate cure. 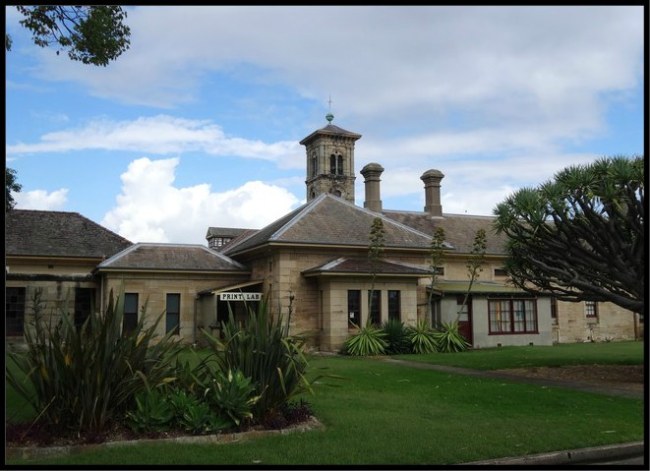 The open courtyard style layout of this new complex and its deliberate setting in beautiful surroundings was aimed at creating a curative and therapeutic environment, as inspired by the ‘enlightened’ views of Dr. Thomas Kirkbride, an American, after whom the main building in the complex was named.

The resultant group of twenty interconnected neo-classical buildings were designed by Colonial Architect James Barnet who worked with the colony’s Inspector of the Insane, Dr Frederick Norton Manning.

While Kirkbride’s vision was achieved, overcrowding, staffing difficulties, and inadequate funding very soon made the hospital feel more like a prison. By 1890, less than 20 years from its opening, the asylum, designed for 666 inmates, had 1078 inmates.

While study after study was carried out, right up until the 1990s, little changed on the ground. In I991 the main part of the hospital was taken over by the University of Sydney and became home to the Sydney College of Arts in 1996.

In 2008 the remainder of the hospital, which had, in the early 1990s, been combined with the adjoining Broughton Hall Psychiatric Clinic and renamed the Rozelle Hospital, was closed for good.

From looking at the building today, it is clear that significant funds have been expended on it by the University which is currently considering vacating the property, in part due to the cost of maintaining the buildings. While this is understandable it would be sad to see these wonderful old buildings decay – or see ‘demolition by neglect’ as ‘The Friends of Callan Park’ call it. 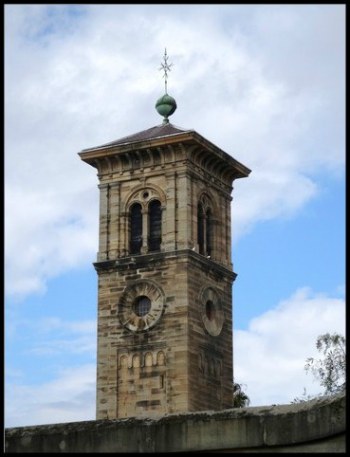 The centre-piece of, and dominating, the complex is a Venetian style clock-tower in which the clocks were never actually installed. What particularly intrigued me about the tower was the copper ball on top of the roof. Further investigation reveals that the buildings’ many verandahs, along its internal quadrangle, are supported by cast iron columns which acted as down pipes for water making its way into an underground reservoir. The copper ball on top of the clock-tower would rise and fall according to the water level of the reservoir.

To the rear of the building, as can be seen in my final picture attached, is a well preserved furnace stack. This was used in the generation of steam for the hospital laundry. 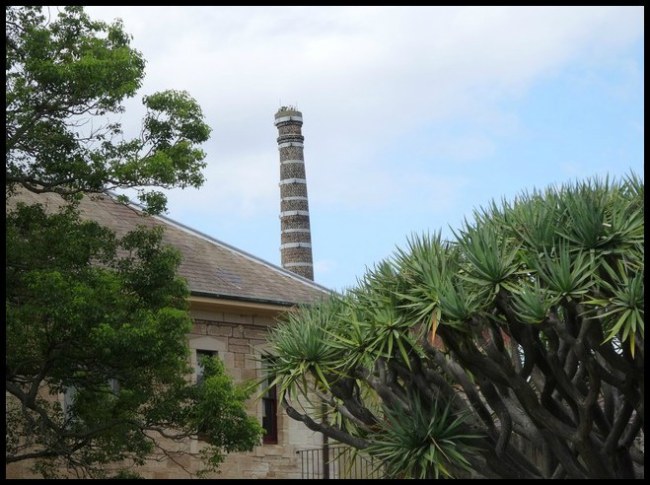 I actually came across Callan Park and thus these buildings and a rather unusual (at least to me) war memorial within the park as I was staying nearby at the wonderful Darling Street Apartments and came to the park primarily to walk my dog. Goes to show the value in going out and exploring local areas, in addition to hitting the ‘highlights’ in places you visit.

Getting there by bus
There is a bus stop close to the entry of Callan Park on Balmain Road. Unfortunately buses from here follow a very circuitous route into the city taking the best part of an hour. About 500m metres walk from Callan Park is a bus stop (Victoria Road after Darling St) on Victoria Road which services numerous buses all of which will take you into the city, at least as far as Town Hall, in about 10 minutes – I suggest you use this Victoria Road option.