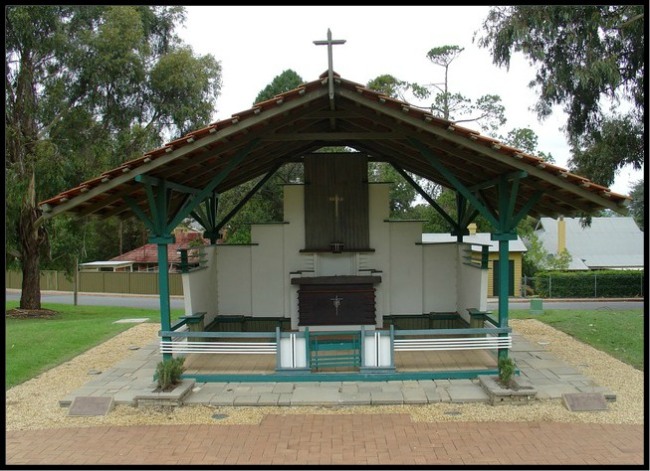 Also referred to as the Prisoner of War National Memorial

Changi Chapel, one of thirteen built by Prisoners of War (POWs) in the Changi Prison Camp, Singapore, was built, with the permission of Japanese officers, as ‘Our Lady of Christians Roman Catholic Chapel’ . It was built from waste and scavenged materials smuggled into the camp in 1944. The chapel was designed and built by Lieutenant Hamish Cameron-Smith, of the British Army. He was assisted by Lieutenant Hugh Simon-Thwaites and a band of volunteer labourers.

Corporal Max Lee went to Changi in 1945 with the Australian War Graves Registration Unit to help dismantle the camp. He drew plans, and took measurements of the chapel in the hope that it could be saved and brought to Australia.

For decades Lee heard nothing more of the chapel until he was told in 1987 that it was stored in the Australian War Memorial’s warehouse at Duntroon. The chapel was subsequently rebuilt in the grounds of the Royal Military College at Duntroon and dedicated in 1988 by Sir Edward (Weary) Dunlop, a POW and surgeon in Changi, as a national memorial to all 35,000 Australians taken as POW in the Boer War, World Wars I and II and the Korean War. 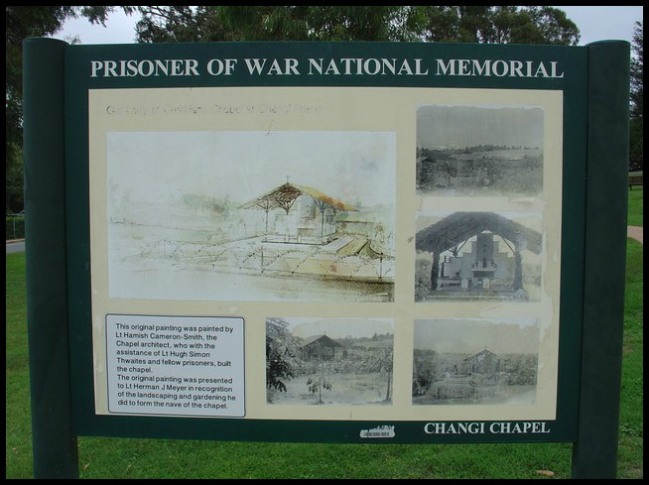 The chapel is now the responsibility of the National Capital Authority and is treated as one of the set of memorials otherwise located on Anzac Parade. While most of the memorials on Anzac Parade are rich in symbolism Changi Chapel is rich in its simplicity. Nothing has been added to the original building of scrap wood and metal.

When Singapore fell to Japan in February 1942 over 45,000 Allied servicemen were taken prisoner and more than 132,000 personnel from six nations were captured and imprisoned at Changi by the war’s end. 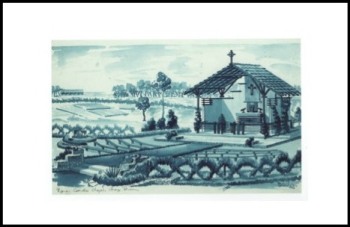 Alongside is a 1945 painting by of the chapel in Singapore by POW, Richard Cochran. “Roman Catholic Chapel, Changi Prison, Australian War Memorial item no. ART28914”.

“The Chapel is in a tranquil, shady grove of gum trees. The landscape is intended to symbolise the original Changi site. It is a serene but sombre place that invites all who pass by to pause in silent contemplation; to reflect on the hardships and sufferings that these men and women endured. It is a simple structure, but a splendid reminder of the enduring features of men and women – faith, hope and love – which sustains them, particularly in times of adversity.” Quote taken from M. Tumarkin, ABC Radio National, 27 July 2003.

Address: Miles Road , Duntroon
Directions: While within the grounds of the Royal Military College, Duntroon access is open to all.
Once inside Duntroon follow the signs for the ANZAC Memorial Chapel which is about 25m from Changi Chapel.
Phone: +61 2 6295 9111

7 thoughts on “Changi Chapel – The Original!”