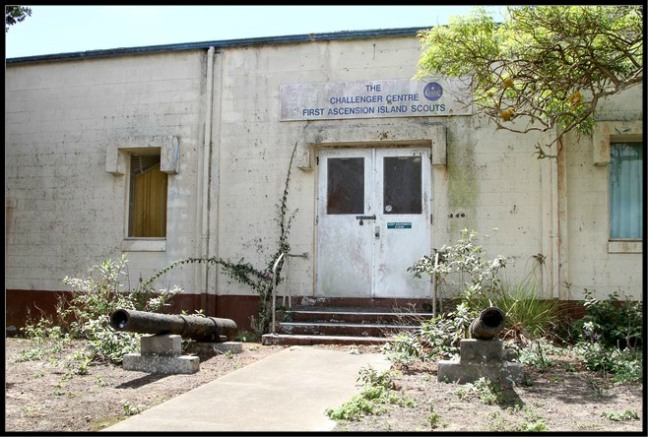 As part of the NASA Spaceflight Tracking and Data Network, an integrated Apollo and deep-space station (DSS 72) was constructed in 1965 on the eastern side of Ascension Island at the Devil’s Ashpit.

The original purpose of constructing the station was to support the early Surveyor missions. Because such a station could also support later deep-space missions and Apollo manned missions, NASA decided to build an integrated facility (with a joint-control building) serving both programs. Volcanic peaks surrounding the site provided natural shielding against radar and other radio-frequency interference from the BBC facility and other structures elsewhere on the Island.

Deep space and Apollo missions were separately monitored by two 9-meter, az-el-mounted antennas with high angular-tracking rates. The deep-space antenna had a nominal communications range of 60,300 kilometres. The picture below depicts the station (part) in 1967. 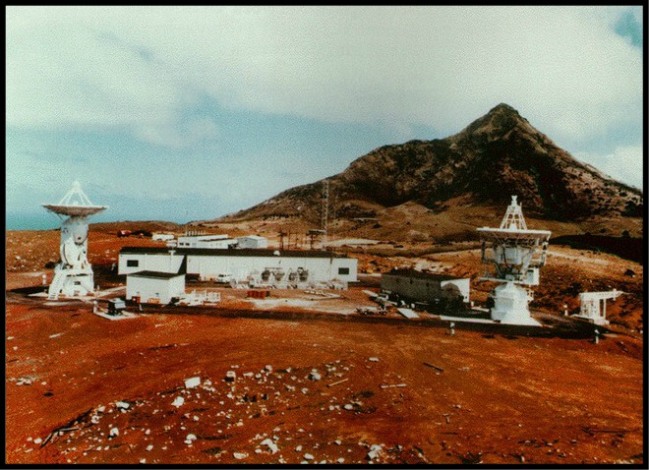 Unconfirmed local rumours have it that Neil Armstrong’s first words upon setting foot on the moon’s surface were relayed to Mission Control after being first received by this Tracking Station on Ascension island. Other, less authoritative,  sources have it he never set foot on the moon at all but rather stepped out on the volcanic and lunar looking surface of Ascension Island!

There being no ongoing need for the station, most of it (including all the antenna and other sensitive equipment) was dismantled in 1990 leaving only concrete bases and a few buildings the most important of which being the former operations building which is now used by the Boys Scouts.

As such there is actually not a lot to see here today on this windswept part of the Island. While it was relatively calm when I visited the picture below shows how windy it must be here most of the time. 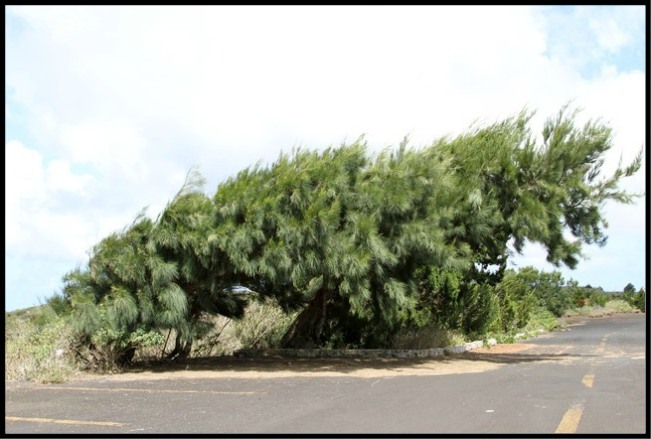 Having said that there is not much to see in terms of the NASA site it remains of great historical significance to the Island and the drive out here is beautiful as are the views out to sea on this side of the Island.

Address: Devil’s Ashpit
Directions: From Georgetown take the road passing the US Base turn right towards Two Boats without turning off onto the Two boats road but rather continuing to the end of the road you are on.

This blog entry is one of a group (loop) of entries on my trip to Ascension Island. I suggest you continue with my next entry – HERE.
To return to the beginning of this loop click HERE.

2 thoughts on “NASA and the Devil’s Ashpit Tracking Station”