Long overdue, a national Boer War memorial has finally taken its rightful place along with eleven other memorials on Anzac Parade.

The memorial, comprising a four-man section of larger-than-life bronze Australian light horsemen depicted patrolling the South African veldt, meticulously and incredibly realistically sculpted by Louis Laumen, was dedicated by Governor General, General Sir Peter Cosgrove before a crowd of over one thousand people on 31 May 2017, Boer War Day across Australia. 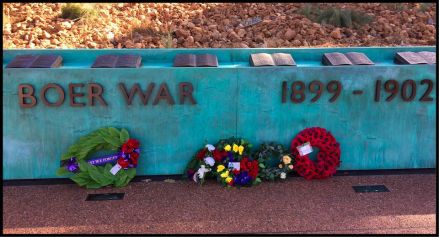 Along the base of the memorial are bronze copies of extracts from letters, written to his mother at the time, by veteran Frederick Harper Booth whose proud 94 year old daughter was present for the dedication ceremony.

Also included on the memorial wall is an inscription of a 1902 poem by the Australia poet, Banjo Paterson, praising the courage of those who answered the call to South Africa:-

‘When the dash and the excitement and the novelty are dead,
And you’ve seen a load of wounded once or twice,
Or you’ve watched your old mate dying – with the vultures overhead,
Well, you wonder if the war is worth the price.
And down along Monaro now they’re starting out to shear,
I can picture the excitement and the row,
But they’ll miss me on the Lachlan when they call the roll this year,
For we’re going on a long job now.’

The Boer War (1899 – 1902) was Australia’s first war as a nation, the states which individually answered Britain’s call to arms merging together to form the Commonwealth of Australia on 1 January 1901.

Australia’s contribution was significant with over 16,000 troops and 75 nurses engaging in Australian contingents and a further 7,000 fighting in other colonial and irregular units. With the exception of one field artillery battery and a small medical contingent the Australian forces in South Africa comprised mounted infantry. In addition to six Victoria Crosses (Australia’s first), Australians won many other awards for gallantry during the War.

With a loss of almost 1,000 lives, including one nurse, the Boer War has, outside WWI and WWII, been Australia’s most costly. In more recent wars in Korea and Vietnam Australia lost just over 300 and 500 personnel respectively. Out of 43,000 horses that left Australia to take part in the War few survived with those that did being put out to pasture in what is now South Africa. None returned to Australia. 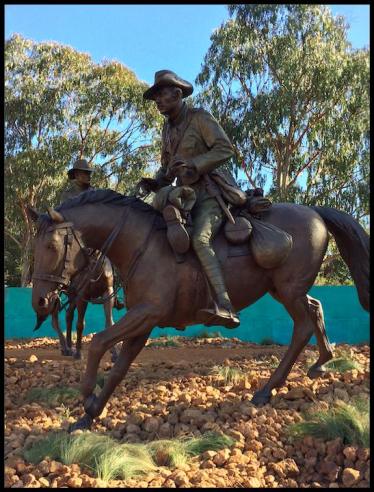 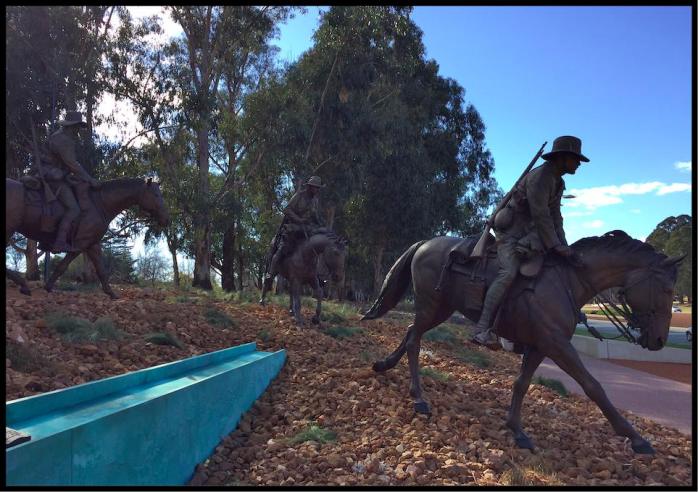 While there are many Boer War memorials across Australia critics of Britain’s, and thus Australia’s, tactics (allegedly a scorched-earth policy) during the war caused a delay in the national memorial eventuating. I wonder what said critics think of the significantly more deadly US carpet bombing of, and liberal use of Agent Orange in Vietnam, and Indochina more generally, in the 1970s.

That said and in the interest of fair reporting, there is no doubt that enemy Boer farms were burned to the ground and women and children were incarcerated in concentration camps where tens of thousands died of disease. Sadly, such is war.

The Boer war started on 11 October 1899 when a Boer ultimatum to the British expired and Boer commandos streamed across the borders from their two largely self-governing republics of the Transvaal and the Orange Free State into the British colonies of the Cape of Good Hope and Natal. Britain, quickly supported by Empire forces, including Australia, fought back and fought back hard.