Australian War Memorial – Lest We Forget

This a summary and introductory review on the Australian War Memorial. On it you will find links to more detailed reviews on aspects of the memorial that I find particularly interesting (lots!) in addition to a little general comment.

“Here is their spirit, in the heart of the land they loved; and here we guard the record which they themselves made.” Charles Bean, 1948.

The AWM exists to commemorate the sacrifice of those Australians who have died in war. While it was specifically established in 1941 as a World War I memorial it now commemorates Australia’s sacrifices in wars and conflicts from Colonial days right up to our most recent engagement in Afghanistan. 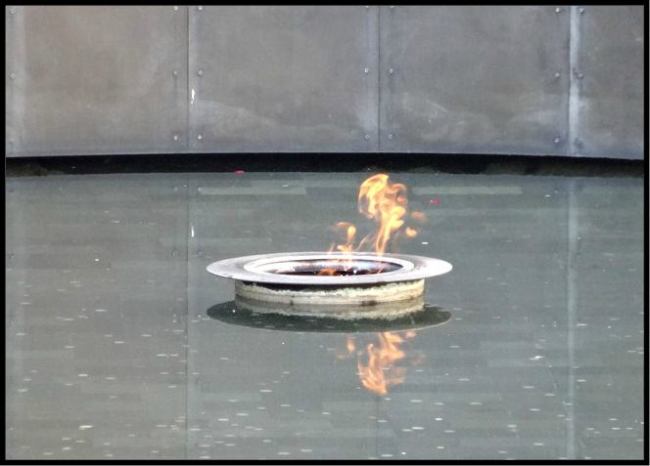 The AWM’s mission is to ‘to assist Australians to remember, interpret and understand the Australian experience of war and its enduring impact on Australian society’. Off course it is not limited to Australians and is open to, and visited by all. In addition to actual war relics, film, sound and light shows, etc are used in the commemoration of sacrifices made and to inform the visitor.

Some readers may be concerned that memorials/museums such as this glorify war and indeed many people believe this to be the case with the AWM. While I certainly believe physical force has its place in international relations I am very far from a warmonger. One life lost is one life too many – war should be a last resort.

In its short existence, (European)Australia has been involved in numerous wars and conflicts none of which (apart from relatively minor incursions in WWII) have been on Australian soil. Australian casualties in wars are now in excess of 100,000. While compared to many countries this number is small, it is worth remembering that in WWI (fought on the other side of the world) Australia had the highest ratio of deaths to population of all the countries involved.

Answering the call of Empire

Simpson and his donkey

In my view, the AWM does not glorify war but rather tries to present (and largely succeeds) a factual portrayal of war in all its nastiness and oft times futility. This does not mean that it does not pull on the average visitor’s heartstrings and emotions. It certainly does. Very few would leave here with the view that war is good, something that we should be proud of or something to be glorified.

Specific areas that the visitor might find interesting include:

A brief (and I really do mean brief) overview of the above will require at least three hours. I recommend that you allow a full day and don’t wait until 10am (when the main memorial and museum opens) to start.  Anzac Parade, the Sculpture Gardens and the Aboriginal Memorial are open 24/7.

The Memorial offers free 90 minute highlight tours with shorter tours available. If you don’t make a tour or don’t wish to there a lots of volunteer guides available who are very helpful and more than willing to answer your questions or explain things.

By car: Sufficient on-site parking but limited to a 4 hours stay – free. Should you wish to stay longer than this speak to staff on the orientation desk.

By bicycle: Bicycle racks are available

Regular bus services run between the City centre and the Memorial on route 10 on week days and 930/931 on weekends – check ACTION Bus website for timetables – http://www.action.act.gov.au/

Walk: The memorial is less than 30 minutes walk from the city centre. From the rear of the Canberra Centre (shopping Centre) take Ainslie Avenue to its (end) intersection with Limestone Avenue. Turn right and in a few hundred metres the AWM will be on your right. If coming from the lake access is via ANZAC Drive.

Address: Treloar Crescent, Campbell
Directions: At the foot of Mt Ainslie at the upper end (from the lake) of ANZAC Drive
Phone: 02 6243 4211
Website: http://www.awm.gov.au/