A Trip Down Memory Lane

My goodness, the sight of the Rainbow Ballroom of Romance was a throw back to earlier times for me, reminding me of church socials and dances, hotel ballrooms and dedicated dance halls like this.

While I never danced (truth be told, I couldn’t dance then and still can’t) in Glenfarne’s Ballroom of Romance I certainly knew of it and its Sunday night dances. This was in the days before discotheques and nightclubs when the live showband ruled and dance halls were still the centre of the social scene in Ireland.

John McGivern opened the Rainbow Ballroom of Romance in early 1934, then McGivern’s Dance Hall, with a variety concert followed by the first dance with music provided by the local Glenfarne Dance Band. 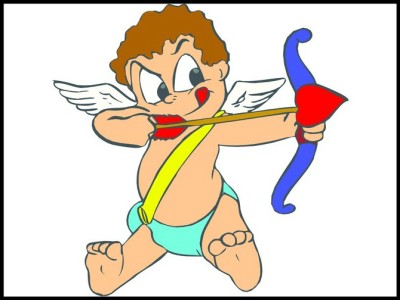 McGivern’s Dance Hall became the Rainbow Ballroom of Romance in 1954, the new name being inspired by the introduction of a fifteen minutes “romantic interlude” into dances. During this time McGivern, dressed in a black suit, white shirt and black bow tie, would join the band on stage and sing romantic songs, at the same time asking the dancing couples to get to know each other (if they had not done so already) by shaking hands, exchanging greetings, etc! He would then be encourage the menfolk to take their lady friends to the bar for a cup of tea or a soft drink (no alcohol in those days) before the end of the dance. By all accounts lots of happy marriages resulted from McGivern’s romantic interludes.

The peak of the showband era, and the heyday of the Ballroom, ran from the mid fifties to the early eighties when, at any time, there were upwards of 600 showbands on the road in Ireland. All the top bands played in the Ballroom of Romance. Lest there be any doubt, I came onto the scene towards the end of era when the likes of Big Tom and the Mainliners, Susan McCann, Philomena Begley and Larry Cunningham were doing the rounds.

In the 1970s the Ballroom gained more fame when a well-known Co Cork writer, William Trevor, was inspired to write his book “The Ballroom of Romance”. This was subsequently made into a film of the same name by the BBC. Rather ironically by this time the Ballroom was deemed to have taken on too modern a look and the film about it was actually filmed in a more old-fashioned hall in Co.Mayo.

Today, while the showband scene is but a mere shadow of what it used to be, the Ballroom continues to play a vibrant and important part in the local Glenfarne community. Recently refurbished, it now hosts a small exhibition on the history of showbands in Leitrim (which I didn’t have the opportunity to visit) together with concerts, variety shows, ceili and old time dances, quizzes and dancing classes. If none of that appeals you can always enter the Leitrim Scarecrow Competition and imbibe in your favourite alcoholic beverage as the tea and mineral bar now serves alcohol, though drinks may not be taken onto the dance floor and dancing in (or should that be ‘on’) the bar is strictly prohibited.

On this romantic note you have come to the end of my Bundoran reviews. I trust you have enjoyed reading about my trip and invite you to partake of another of the loops on my “Travel Loop” page, by clicking  HERE.

2 thoughts on “Rainbow Ballroom of Romance”