M22 and the Japanese Attack on Sydney Harbour 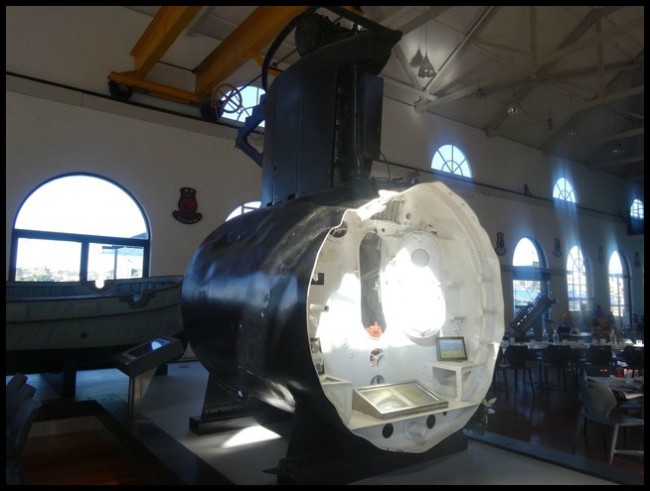 Not least due to its location, Australia’s first and only direct enemy attacks in its history (leaving aside recent terrorist activity) were in World War II – the Japanese bombing of Darwin in the Northern Territory and their attack on Sydney Harbour using midget submarines.

Despite Sydney’s obsession with marine defences, three midget submarine arrived into the Harbour, undetected and under the cover of darkness, on the night of the 31 May 1942, intent on attacking Allied warships moored in the harbour. These submarines were small (24 metres) two-man vessels launched from larger submarines located off the coast. Their size made them well suited to harbour penetration and the attack of moored ships. Each midget submarine carried two torpedoes.

Two of these submarines were sunk in the harbour, one (M22) in Taylors Bay after a number of attempts where made to scuttle it elsewhere in the harbour, with the ferries still running! The other one (M24) became entangled in anti-torpedo nets which stretched across the harbour and, unable to free it, the crew scuttled the vessel with their own demolition charges.

The third submarine’s target was the cruiser USS Chicago but both its torpedoes missed and instead sank the HMAS Kuttabul killing 21 sailors. This submarine escaped the harbour only to be lost on Sydney’s northern beaches, short of its rendezvous point with its parent submarine. This craft, not located by divers until 2006, it is now a protected wreck.

Shortly after the attacks, the submarine sunk in Taylors Bay and that scuttled following its entrapment in the torpedo nets were recovered. 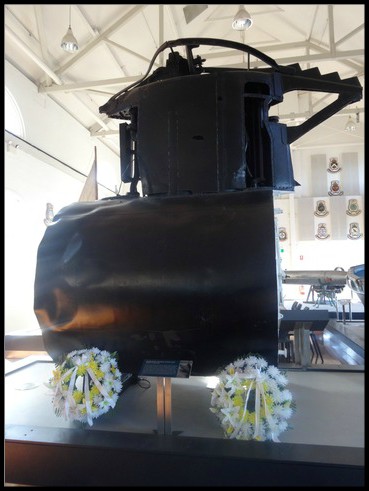 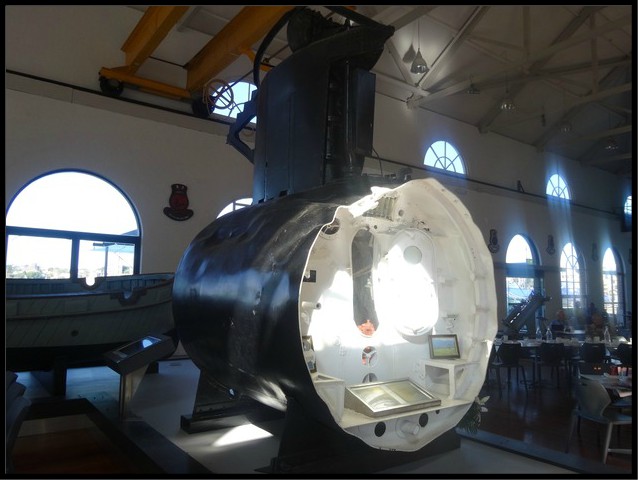 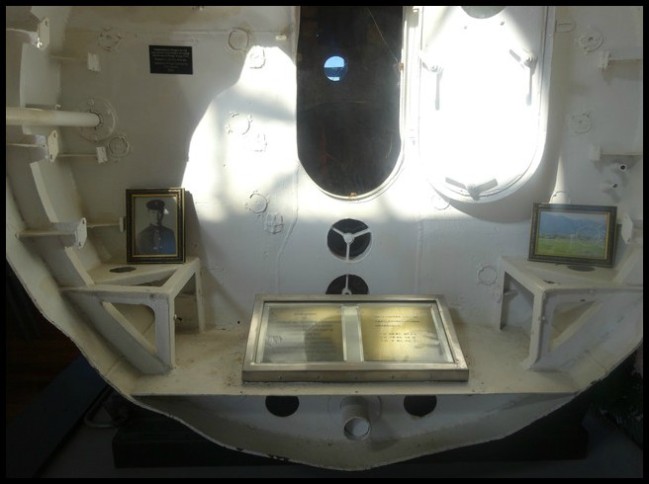 The conning tower of M22 has become a de-facto shrine (note the wreaths in picture 2 attached and the photograph of one of the former crew members in picture 4) to the memory of the Japanese submariners who, in time honoured Japanese tradition, committed suicide rather than face enemy capture.

Amid much controversy, the bodies of the four Japanese submariners (from M22 and M24) were recovered from the harbour and accorded full military funerals in Sydney, with their ashes being returned to Japan. This was done partly out of respect but also in the hope that showing such respect for the dead men might help to improve the conditions of the many Australians being held in Japanese prisoner of war camps.

Looking at this ‘trophy of war’ and seeing the picture of the former crew member and the wreaths certainly brought home to me the horrors of war. While we routinely commemorate the sacrifices of our own side in war I believe it is important to remember the sacrifices (no less genuine) made by rank and file servicemen and women in former enemy forces too.

In this review I have named the submarines (M22 and M24) in accordance with an information board located by the conning tower in the RAN Heritage Centre. I note that other sources ascribe different numbers to the vessels. 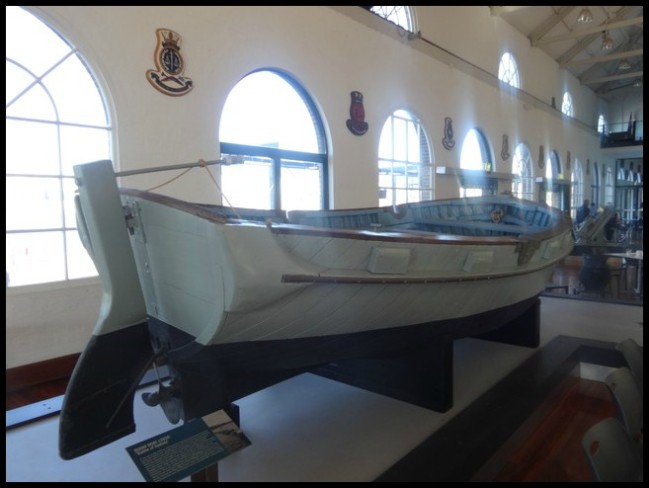 My final picture is of the “Boom Boat’ which was patrolling unfinished sections of the anti-submarine/ anti-torpedo nets for incursions on the night of the attack. It was the crew of this boat, James Cargill and William Nagle, that raised the alarm that something was amiss, at 20.15 on 31 May 1942.

Garden Island is an active naval base and public access is only permitted to the Garden Island Public Access Precinct on the north tip of the island. Unless you are on a bus tour, access is only permitted via Sydney Ferries using the Circular Quay to Watson’s Bay route. Ferries stop at the Garden Island Wharf during RAN Heritage Centre opening hours only and you must leave the island by the last ferry each day (around 4pm). The RAN Heritage Centre is a short walk from the wharf.

2 thoughts on “M22 and the Japanese Attack on Sydney Harbour”