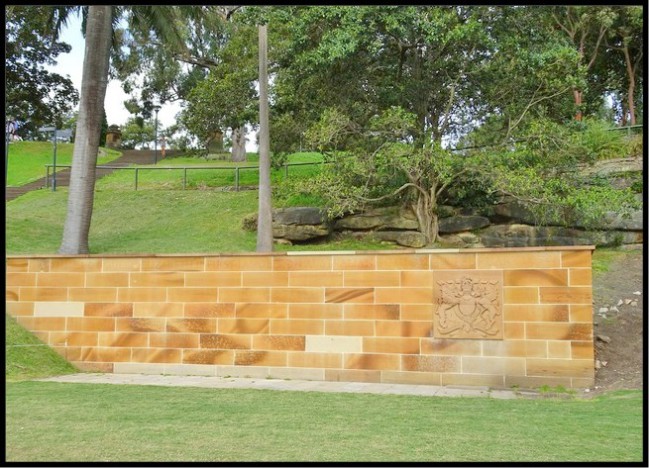 What an amazing sight it must have been, over a million people on the harbour and lining the streets of Sydney for an event, 166 years in the making.

On the 26 January 1788 Captain Arthur Phillip landed in Sydney Cove (near today’s Circular Quay) and, in a simple ceremony, he raised the Union Jack, claiming Australia for the British Crown. 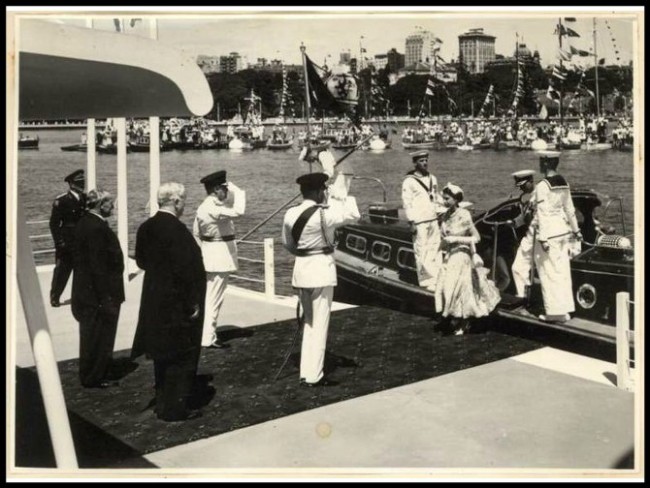 In the intervening years a number of Royals visited Australia, including Prince George, Duke of Cornwall and York (later King George V), for the opening of the first Australian federal parliament in Melbourne in 1901.

Like Captain Philip, Her Majesty entered Sydney Harbour by boat. The Queen was welcomed by over a million devoted subjects and what has been recorded as the most tumultuous greeting Sydney has ever given any visitor, while Captain Phillip would have been greeted by a handful of inquisitive natives, at best.

My second picture, thanks to the National Library of Australia, shows the Queen alighting from her barge in 1954.

This sandstone wall, engraved “At this spot Queen Elizabeth II first landed on Australian soil on 3 February 1954” and embossed with the Royal Coat of Arms, marks the point where the Queen stepped ashore – at Farm Cove in what now called the Domain. Over the next two months she and the Duke of Edinburgh visited the capitals of all of Australia’s states and territories, except Darwin, in addition to around 50 regional centres. It is estimated that during her visit 75% of the population saw the Queen.

Since then, when the main aim of the visit was to thank Australians for support during World War II and to introduce the new Queen to her subjects, the Queen has made 15 more visits to Australia, the last being in October 2011.

Location: Next to the Fleet Steps, in the Domain, just after you exit, or before you enter, the Royal Botanic Garden via the Yorong Gate.