I am certainly someone who enjoys a good cup of coffee but prior to getting to St Helena I didn’t realise that coffee was grown there and I certainly didn’t realise it was one, if not the only product exported by St Helena. St Helena coffee is one of the world’s rarest and most expensive coffees – the former perhaps accounting more for the latter than the taste though I don’t mean to underrate the quality. This coffee – St Helena Green Tipped Bourbon – retails for around US$90 per pound or over US$200 per kilo, of the island.

The British East India Company introduced coffee to the island in 1732, from Yemen.

Being St Helena there is, of course, a Napoleon link and apparently his dying wish was to have a sip of this renowned coffee and indeed it was because of Napoleon the coffee gained attention in Paris. Readers will already know, having read other reviews on in this blog or from elsewhere, that Napoleon was exiled here in 1815 after his defeat at Waterloo. He died on the island in 1821.

Other than Napoleon’s endorsement, St. Helena coffee has, over time, received intermittent recognition. In 1839, London coffee merchants Wm Burnie & Co. pronounced it to be ‘of very superior quality and flavour” and by 1845 it was the most expensive coffee in the world. After the 1851 Great Exhibition the coffee faded off the world scene, principally due to the demise of sailing ships which left the island even more isolated than it had been for quite some time.

In the last twenty or thirty years it has made a bit of a resurgence but the main problem is the very limited supply which goes to make it exclusive and expensive though, unlike coffee elsewhere in the world and because of the islands isolation the coffee tastes the same as it did in the late 1700s.

I read somewhere that 20 years ago a 17g shot of St Helena Coffee would have set you back GBP5 in Harrods in London.

On St Helena the coffee is neither scare nor expensive. Good for the traveller but a classic eample of middlemen making money at the expense of producers.

So, I hear you say, cut the waffle and tell us what it tastes like.

Well, I partook of St Helena coffee twice – once at the St Helena Coffee Shop (down by the sea – just outside the main entrance gate to the town) and once at the Farm Lodge Country House Hotel (inland at St Pauls). The coffee at the former was poor – at the latter it was beautiful and could not be faulted. Perhaps I should mention that when I visited the St Helena Coffee Shop a cruise liner had just off-loaded its passengers and they were rather rushed – this may have impacted in how my coffee was made. Both these establishments offer coffee tours (as do other places). 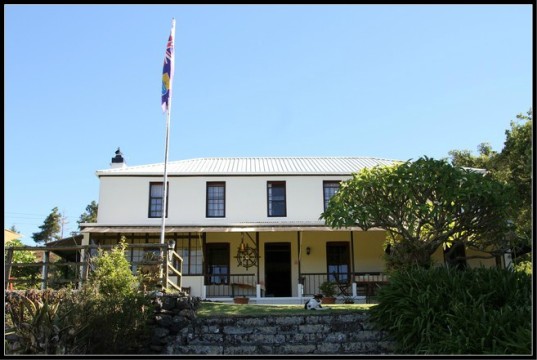 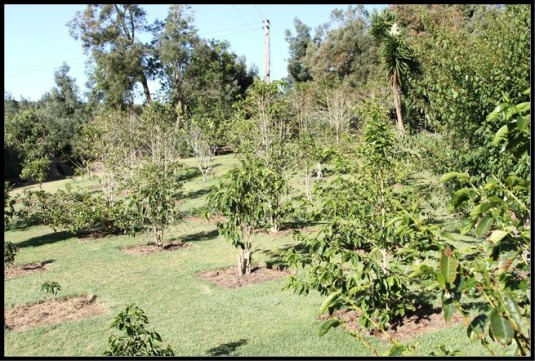 There is great rivalry amongst the Saints as to who roasts and serves the best coffee on the island so watch what you say and to whom when it comes to coffee!

Note – pictures 1 and 2 are from the St Helena Coffee Shop brochure – I seem not to have taken photos there.

This blog entry is one of a group (loop) of entries on my trip to St Helena.  I suggest you continue with my next entry – St Paul’s Cathedral – or to start the loop at the beginning go to my St Helena Introduction entry.