Pyongyang – A Capital City Unlike Any Other 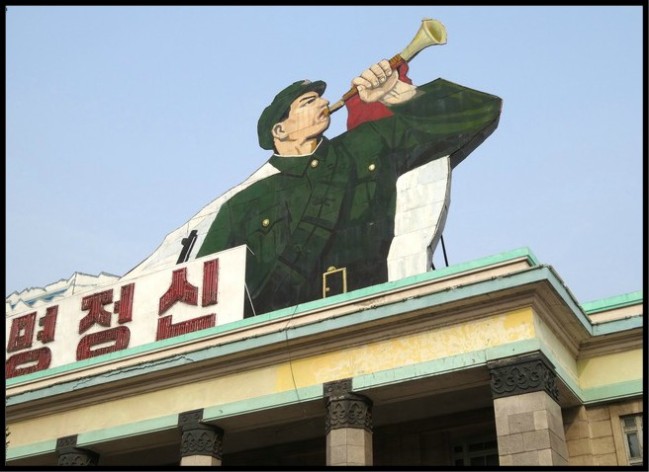 I am actually at a loss for words as to how to sum up Pyongyang. Of all the superlatives I could use I will stick to one – Unique.

I am reasonably well travelled across most parts of the world and can confidently say that Pyongyang is like nowhere else I have visited or anywhere I am likely to visit.

Its uniqueness comes from the interaction of a number of factors, most equally applicable to all of North Korea. These include:-

• You cannot go anywhere (outside your hotel) without a guide
• You cannot interact with local people without your guide’s permission – your itinerary is structured in such a way that interaction is well nigh impossible anyway
• There is very little familiar here – no advertising, very little in the way of outside produce, etc – North Korea has, for over sixty years, isolated itself from the rest of the world and the rest of the world isolates itself from North Korea
• The whole population appears to religiously and blindly follow the Kim Dynasty – I will not use the term brainwashed but it is frequently used
• Given the lack of advertising, poor public lighting and smog from China (some things even North Korea cannot keep out!) the whole city is in monochrome – with the notable exception of ladies when they wear traditional dress as they often do
• The streets are all but deserted
• In public people appear like robots or ants just going about their business
• The unclean masses from the countryside with unproven allegiances are not permitted to live in Pyongyang – Pyongyang is for the privileged
• Things taken for granted anywhere else in the world (such as a walk in the street) are highlights of a trip to Pyongyang
• A city in Asia yet not of Asia – still hard wired to a Soviet Union which hasn’t existed for over twenty years

Add all the above, and much more, together and you have Pyongyang.

Add all the above, and much more, together and you might ask why would anyone want to go there.

The simple answer is because of its uniqueness in the true sense of the word – the only one of its kind as opposed to one of a kind. It will not last much longer in its current form. While the current Leader is as dogmatic and authoritarian as his father and his grandfather I sense change. The world needs to let it change.

Whether the change will come from within (and I think it can) or without remains to be seen.

In the meantime, via a series of blog entries, let me take you on a journey through this remarkable city – or rather let me relate the journey I was taken on as, and this will come as no surprise to readers with even the slightest familiarity with North Korea, I had no real input to what I could or could not see.

Out of a ten day trip to North Korea in 2014 I spent around half of my time in Pyongyang – going (or rather being brought!) in and out to other parts of the country.

This blog entry is the first in a group (loop) of reviews entries on Pyongyang which I recommend you read in a particular order starting with my next entry – Getting to and from Pyongyang.